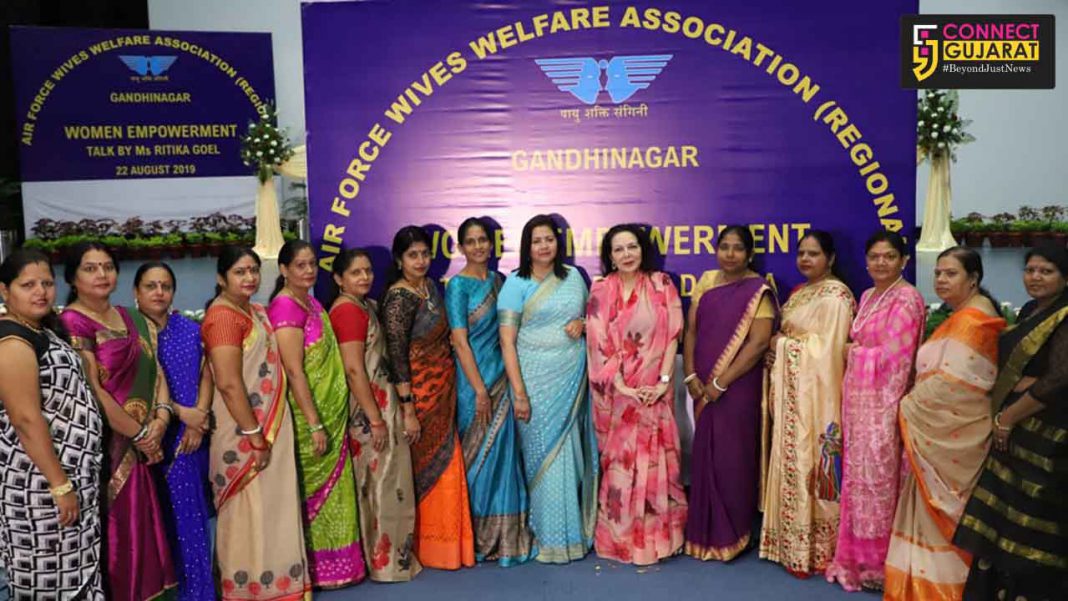 Bindu (Gayatri) Dalmia Chairperson of National Committee on Financial Inclusion and Financial Literacy, Niti Aayog addressed Sanginis and air warriors at SWAC Gandhinagar. She spoke on women education and other issues before a large gathering.

She is an author and columnist for some of the leading English and Hindi national newspapers. Baljeet Arora , President Air Force Wives Welfare Association(AFWWA) (R) SWAC Gandhinagar took the initiative to invite Dalmia to address the Sanginis (AFWWA Members) and the air warriors at Gandhinagar.

Dalmia spoke on the topic – ‘Women’s Education- The Road Map to a futuristic India’’. Along with Dalmia, Ritika Goel an eminent banking professional who is also the Senior Vice President with IIFL Wealth and heads portfolio advisory for North and East addressed the gathering. She spoke on the topic- ‘The Importance of Financial Planning and Various Instruments for Investments.’

Both the talks were well received and acknowledged by the audience who were given an insight into financial planning from a totally different yet effective perspective. 400 Sanginis and air warriors including senior officials of HQ SWAC attended the talk. Both the speakers were later felicitated by Baljeet Arora.