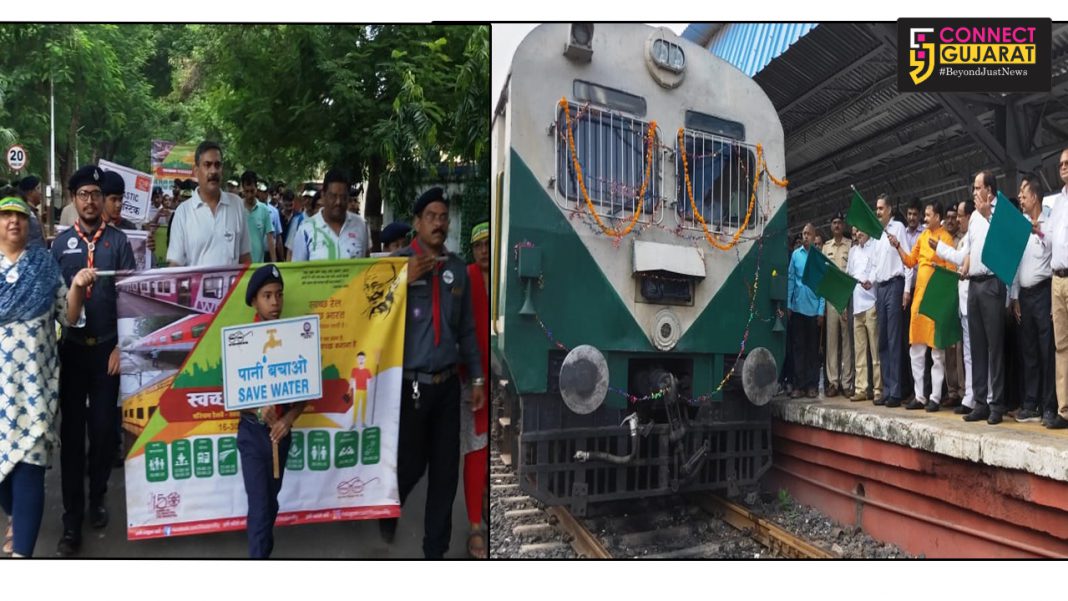 To commemorate the 150th Birth Anniversary of Mahatma Gandhi, Western Railway has planned a massive cleanliness drive at all stations in the month of September 2019. A Special cleanliness drive “Swachchta Hi Sewa” Pakhwada is being observed from 16th September to 30th September 2019 over Indian Railways with a view to ensure visible and tangible improvement in cleanliness at all its premises like stations, trains, offices, colonies, workshops, maintenance, depots, hospitals and others.

First day of Swachchta Pakhwada was observed over all divisions of WR as “Swachch Awareness” Diwas.  Swachchata pledge was taken by railway officers and staff of WR Head quarter at Churchgate which was administered by V. K. Tripathi -Add. General Manager of Western Railway.

According to a press release issued by WR CPRO Ravinder Bhakar, it has been decided to do a “MASSIVE SHRAMDAN” on 17th  September, 2019 with main focus on “ COLLECTION OF  PLASTIC WASTE”. The shramdaan will have participation from all railway employees, their families, railway pensioners, and all other stakeholders and self-help groups. This SHRAMADAN will be arranged at each and every station and nearby locality, approach to stations, area near tracks all over the country.

Prabhat Pheri was organized at Paratapnagar railway colony under leadership of Devendra Kumar – Divisional Railway Manager of Vadodara Division. Branch officers and railway staff including hospital staff and scout and guide cadets were participated in this rally and spread awareness about use of single use plastic. Tress plantation drive was done by DRM, and other officers and compost made from solid waste plant, Vadodara were distributed in Pratapnagar colony.

On 2nd October, ‘Sewa Diwas’/’Community Day’, wherein the Station Masters will seek cooperation from general public, railway employees, railway colony staff, NGOs not to litter the railway premises and to keep it clean, will be observed. A combined shramdaan will be organized for cleaning the station premises and its surroundings. Under Swachhta Pakhwada, through comprehensive and massive cleanliness drives, awareness on how to keep the premises clean and healthy, shramdaan activities, etc. will be done to attain pristine appearance of all stations across Western Railway.