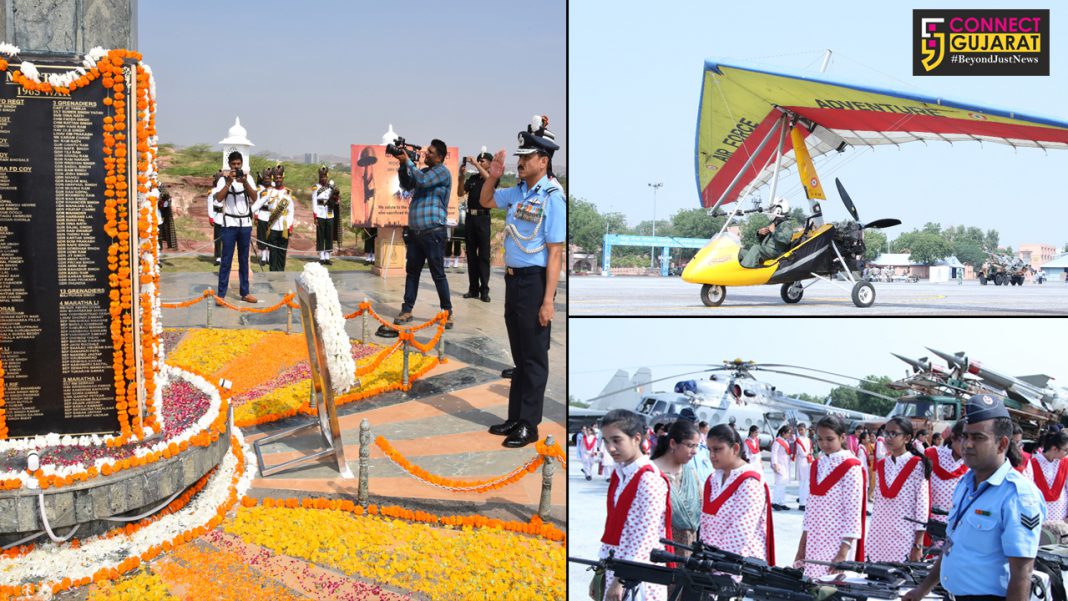 South Western Air Command, Indian Air Force has planned series of activities at Air Force base Jodhpur to celebrate the 20th anniversary of Kargil Vijay Diwas. The day is to remember the martyrs, rejoice their sacrifices and strengthen the resolve to the cause of the nation.

The objective of these celebrations is to evoke feeling of patriotism especially among the youth and to pay homage to the valiant air warriors. In a week long program various activities are planned to celebrate the 20th anniversary of Kargil Vijay Diwas.

Talking about the activities, Wreath laying at War Memorial on July 23 to pay homage to the Kargil martyrs, Fly past by Su30 fighter aircraft and ALH helicopters in ‘missing man’ arrow head formation as an aerial salute to honour the fallen comrades- in- arms, Static display of aircraft cum weapon systems and flying display, Inter school drawing and declamation competitions with theme as Kargil Diwas, Display of movies and photo galleries showcasing contribution during Kargil operations by the Indian Air Force, Motivational lectures in schools and colleges with special reference to Kargil War, Adventure activities for school children on powered hang glider and paramotor, Visit of school children to the air base as a “KNOW YOUR INDIAN AIR FORCE” campaign are scheduled for the whole week.

The efforts are to reach out to population to make them aware of contributions of armed forces in national security and nation building.  The saga of Kargil war will be retold to the people commemorating the supreme sacrifices of armed forces personnel.  The complete program aims to re-enthuse the confidence towards IAF and also to work as a catalyst to motivate youth to join the Armed Forces at large.

We ‘remember’ our martyrs, by revisiting their sacrifices and instilling pride and respect among us, we ‘rejoice’ by celebrating the victory in Kargil and we ‘renew’ our resolve to safeguard the honour of the tricolor.”