Connect Gujarat
#Beyond Just News
More
Home Gujarat Students of MSU Baroda attended the International Conference on Kautilya and the... 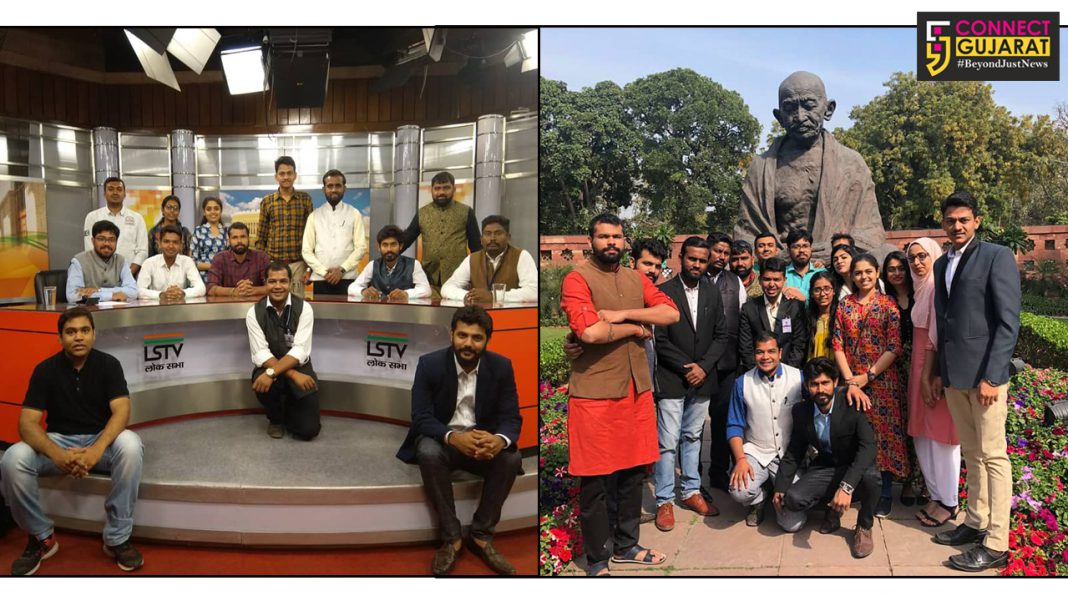 The conference was held in the presence of Swami Gyan Vijay Sarawati. Other renowned faces like K. N. Govindacharya also known as Swadeshi Thinker, author Dr. Radhakrishnan Pillai also attend the conference. It was a great learning for the students as they know about how the Kautilya’s work hold its presence in the contemporary economy.

As part of their field visits, students visited Rashtrapati Bhavan to witness the “Change of Guard Ceremony” which takes place inside the Rashtrapati Bhavan. The ceremony is conducted for the public where they can see how old and new guards change their duties in a day. The next move was to the Rashtrapati Bhavan Museum where the students learnt about the Indian history and the role that each President had played during their respective period and how their contribution to the nation has made difference to our country.

The students also got the opportunity to meet the former President of India Pranab Mukherjee at his residence. They also interacted with the Minister of Fertiliser supply, Rent Control, Consumer Protection, Food Security of Uttar Pradesh. The interaction was about how the implementation of few policies has ensured that Ration Card reaches every family of UP and also curbs the black market of Food Supply. His work for the public welfare really inspired the students.

The educational visit also included the chance to visit to Parliament where they were shown the parliament of India inside out, Rajya Sabha (Council of States) and Lok Sabha (House of the People). The students also visited the Lok Sabha TV (LSTV) Studio where they interacted with news anchor Anrag Punetha and were shown how the sessions are being conducted and hosted at the LSTV.

The students group also visited the National Commission for Scheduled Tribes where they interacted with the Member of the Commission, discussed the policies and work done by them for the protection of schedules tribes. Overall, the students had an exposure to on the filed experience of various aspects of the Government and their interactions with authorities was an add on to their visit.