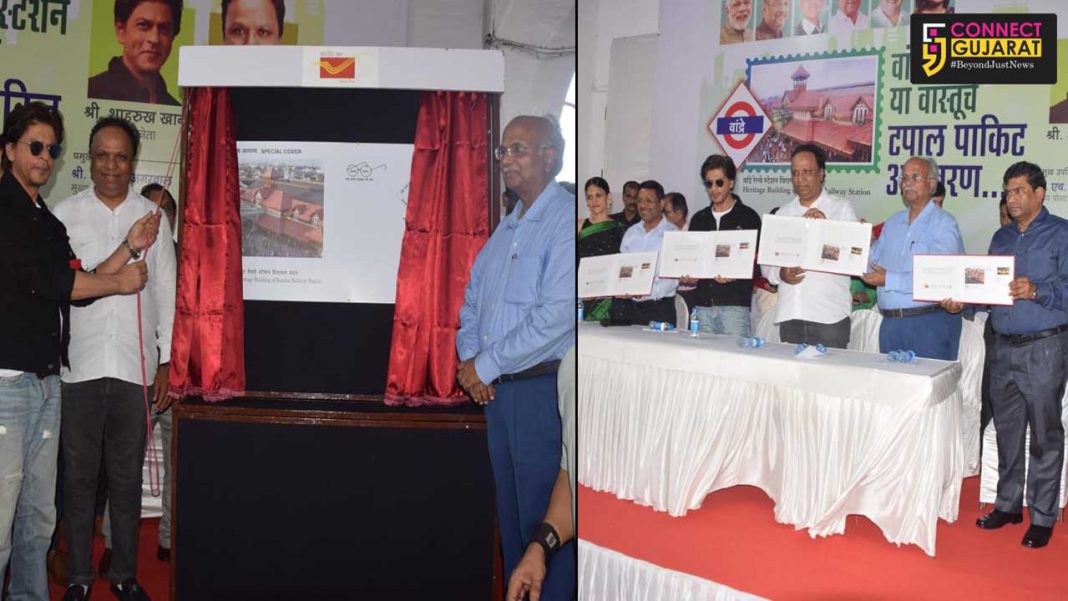 To celebrate the rich and glorious legacy of heritage building of Bandra station, a special cover was released by H C Agrawal – Chief Post Master General of Maharashtra Circle. Among the dignitaries present at the function are Adv Ashish Shelar – Minister of School Education, Youth Welfare and Sports of Government of Maharahstra, A. K. Gupta General Manager of WR and eminent Bollywood actor Shah Rukh Khan on Friday, 23rd August, 2019, at Bandra station premises.

According to a press release issued by WR CPRO Ravinder Bhakar, Bandra Railway station is notified as a grade I heritage structure and is one of the finest suburban railway stations of Mumbai. The century old railway station, an excellent architectural blend of Victorian Gothic and the Vernacular style, stands out as a prominent landmark on its site. Bandra Station was opened on 28th November, 1864. However, the magnificent heritage Bandra Station Building was built 24 years later in 1888.