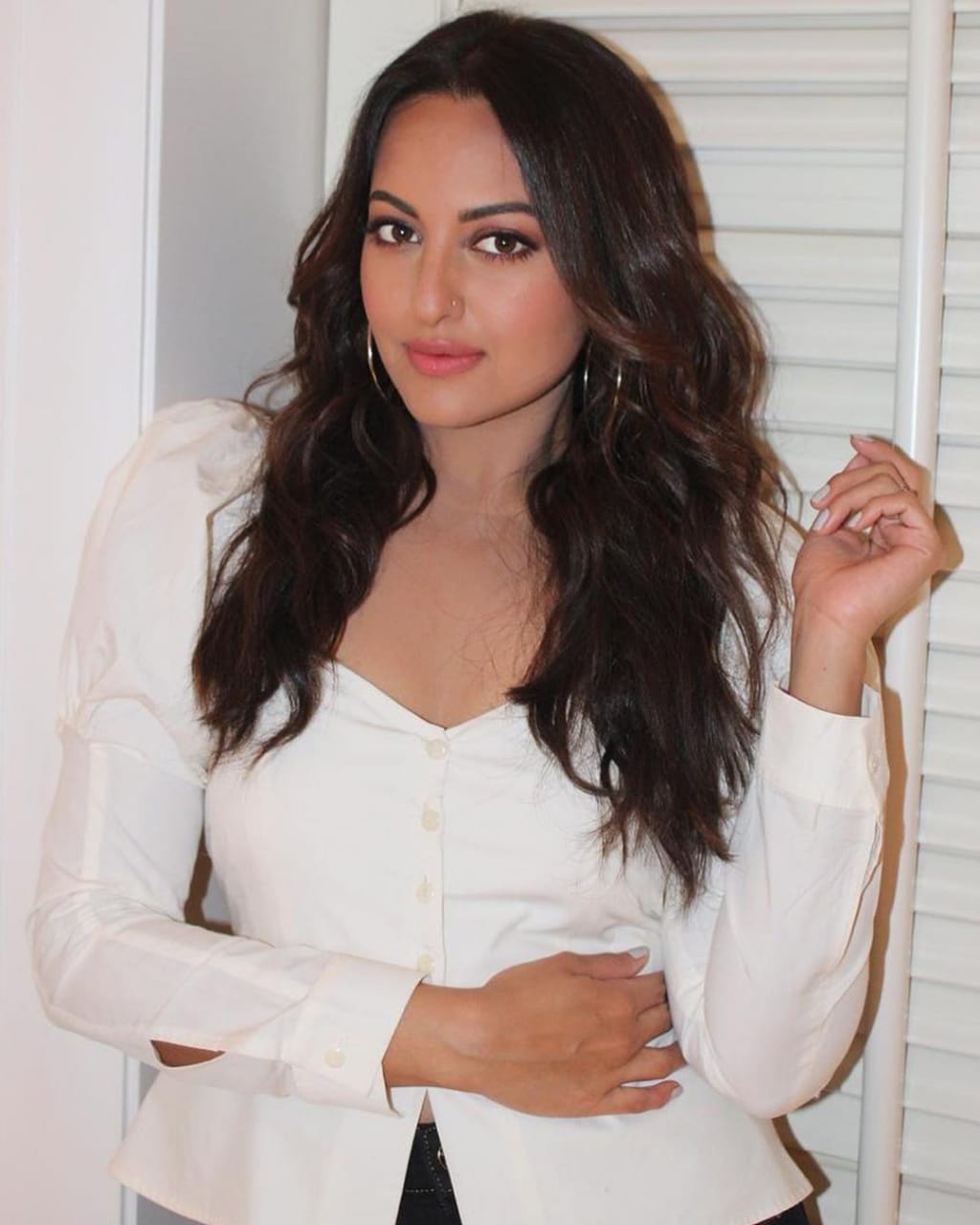 Sonakshi Sinha recently delivered one of her biggest hits with Mission Mangal, and received rave reviews from both critics and audience for her portrayal of a self-made modern Indian woman. During the promotions of the film, Sonakshi sported some very interesting looks, which got a thumbs up from fashion police, and set some major fashion goals.

The actress recently returned to the Bay after wrapping up a schedule of Dabangg 3, and attended an event and took the classic white shirt – black pants look up a notch. Sonakshi wore a white shirt by Mr. Larkin, which had puffy shoulders and had a corset like fit, which perfectly accentuated her waistline and black pants by The Frankie Shop. She completed the look with big hoops, minimal make up and let her hair down in soft waves. With this look, Sonakshi has once again set a new benchmark in wearable fashion and has proven that a seemingly basic combination can look quite glamorous.

The actress will be seen next in Dabangg 3, which is scheduled to release on 20th December, and has also started shooting for Bhuj: The Pride of India.