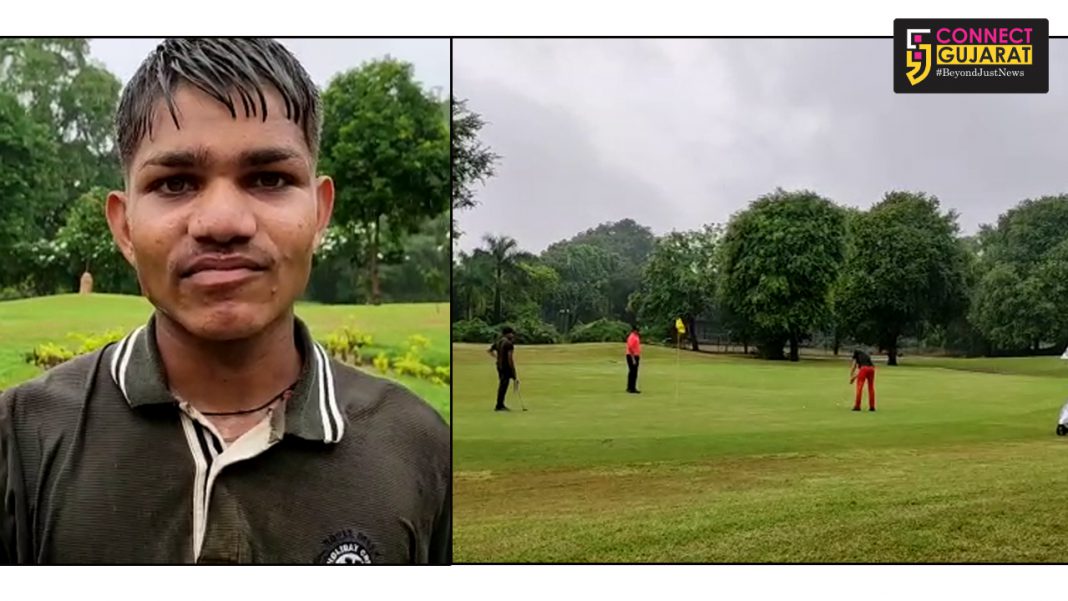 Idolize Tiger Woods as his icon

A slum kid works as a caddy will now represent Vadodara in the national level junior golf tournament. The boy help his family by working as caddy for the golfers inside the Gaekwad golf club for years.

Sunny Vasava lives with his family in a slum near the Vishwamitri bridge in the city. To support his family his elder brother works as a caddy inside the Gaekwad golf club and Sunny accompanied him to the course. He used to sit there and watch the players playing golf from under the tree. One day manager of Gaekwad golf club Shivrajsinh Khachar called him to his office after saw him attempting the shots without the stick. Watching his interest in the game he offered him a job of caddy inside the course.

Gaekwad golf club manager and Jasdan royal Yuvraj Shivrajsinh Khachar said around 60 Caddies work in the club and every month they organise a tournament for them and they choose Sunny Vasava. His interest and dedication towards the game is immense and we thought to train him as he has the potential to move ahead. We start the training process under professional golfer and now he becomes a good golfer in the junior team.

He further said in coming days Indian Golf Union is going to organise national level Junior Feed Tour for the golfers. Gaekwad Baroda Golf Club is organising West Zone tournament for the golfers of 10 to 18 years from 9 to 11 September at the golf course inside the Laxmi Vilas Palace. Around 70 players are taking part in the tournament and Sunny Vasava is representing the Gaekwad golf club. After 11 September three matches will be played in Pune and Mumbai where Sunny will play for Vadodara.

Sunny Vasava remember the days when he used to come along with his elder brother who work as caddy in the golf course. Later he also get the job as caddy there and support his family with the money he get from the job. By watching the players he knows the rules, style of playing golf and like the game. Shivrajsinh Khachar gives him the training and now he is playing for Vadodara which is really a proud moment for him. He is 10th pass and wish to study further. He idolize famous golfer Tiger Woods and is hopeful to make his name in the game.