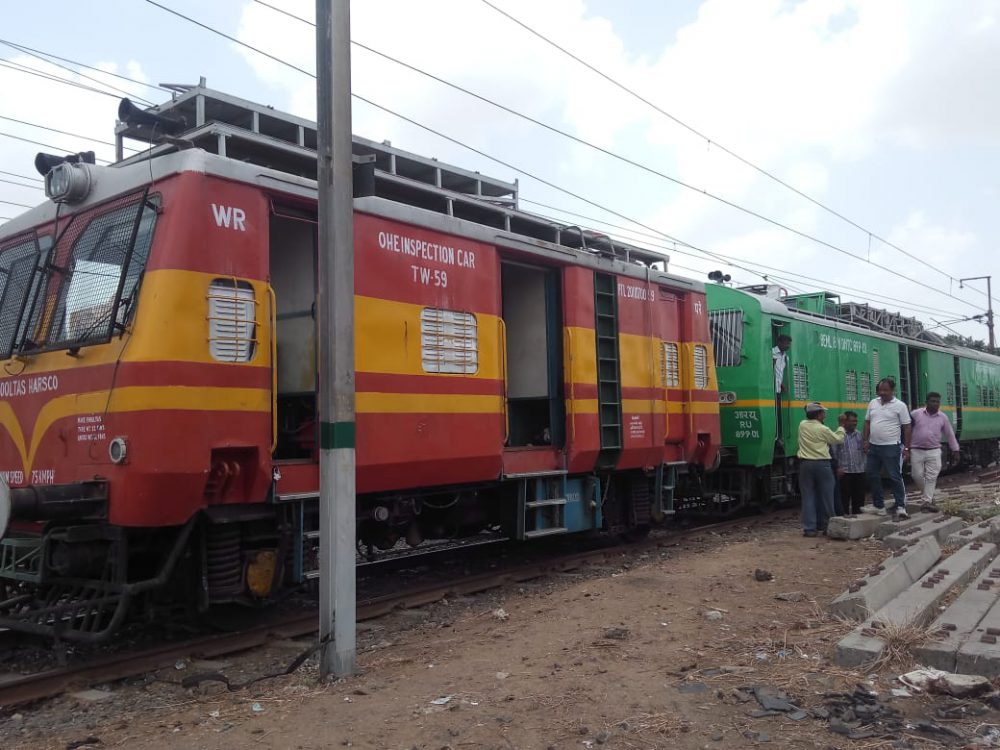 Three discharged other admitted in hospital with minor injuries

Six railway employees were electrocuted from an earthing discharge rod during the power block at platform no. 2 at Vadodara Railway Station. All employees are immediately shifted to the hospital where they were discharged after the treatment, yet three are under observation.

As per details from the railway PRO, six employees were working on tower wagon during the power block towards Surat on platform no 2. They received the shock through earthing discharge rod and were immediately shifted to hospital in an ambulance.

After the medical examination all are found in normal condition and then they were discharged from there while other three are admitted and are still under observation. The names of injured employees are Sanjay Marathe (technician),  Samarth (technician),  Jaisinh, Anand,  Rakesh Meena and Aiyaz, all are attendants in the railway.