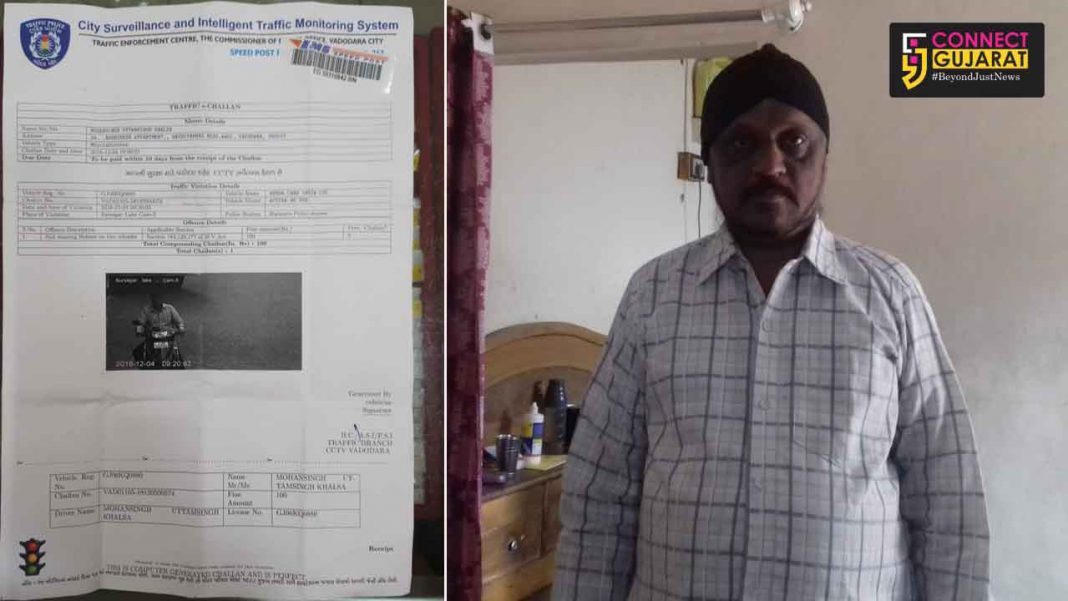 Vadodara traffic police is making efforts to sensitise the residents to follow the rules with new initiatives. Maintaining the transparency the department issues e memos to the people violates traffic rules. However a e memo to the Sikh rider by the department created a row over exemption of wearing helmets during driving.

With the help of cctv cameras the traffic department is keeping a watch on the violations and sending e memos to them at their registered addresses. However such a fine was imposed on a Sikh wearing turban creates row over the exemption in the law.

DCP traffic Yashpal Jaganiya said Sikhs wearing turbans are getting exemption from wearing helmets and if he deposited the amount it will be refunded. In future the department will take note of it.