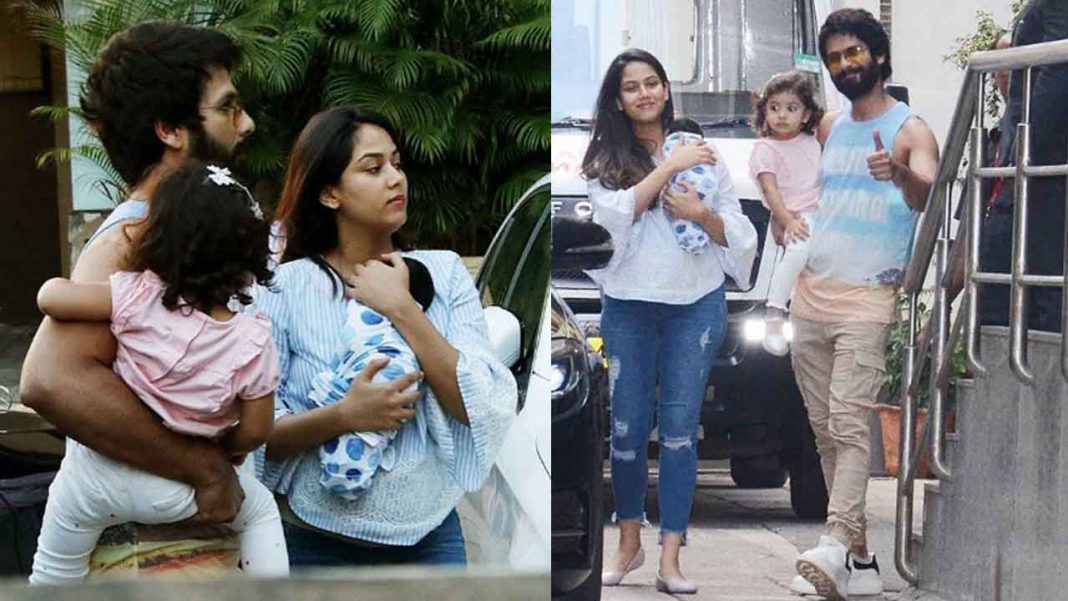 After months of doting over Misha, we can now add another little one in the list. Shahid Kapoor and his wife Mira Rajput were blessed with a baby boy. They have named him Zain Kapoor. Shahid, Mira and Misha brought little Zain home on Friday evening. Shahid Kapoor’s father Pankaj Kapur, his step-mother Supriya Pathak and Shahid’s step-sister Sanah Kapur were also spotted at the residence.

Shahid had earlier tweeted to apprise his followers about the baby’s name. He had said, ““Zain Kapoor is here and we feel complete. Thank you for all the wishes and blessings. We are overjoyed and so grateful. Love to all. ❤️🙏.”” Zain came to this world on September 5 at Hinduja Hospital in Khar, Mumbai. Mira was admitted to the hospital on Wednesday evening and gave birth to a baby boy by late evening. It is also Mira Rajput’s birthday today.

Zain Kapoor is here and we feel complete. Thank you for all the wishes and blessings. We are overjoyed and so grateful. Love to all. ❤️🙏

Shahid Kapoor’s mother Neelima Azeem, brother Ishaan Khatter and Mira Rajput’s mother were seen at the hospital earlier. Talking to indianexpress.com, Neelima thanked everyone for all the love and said, “Both baby and Mira are god-blessingly doing well.”