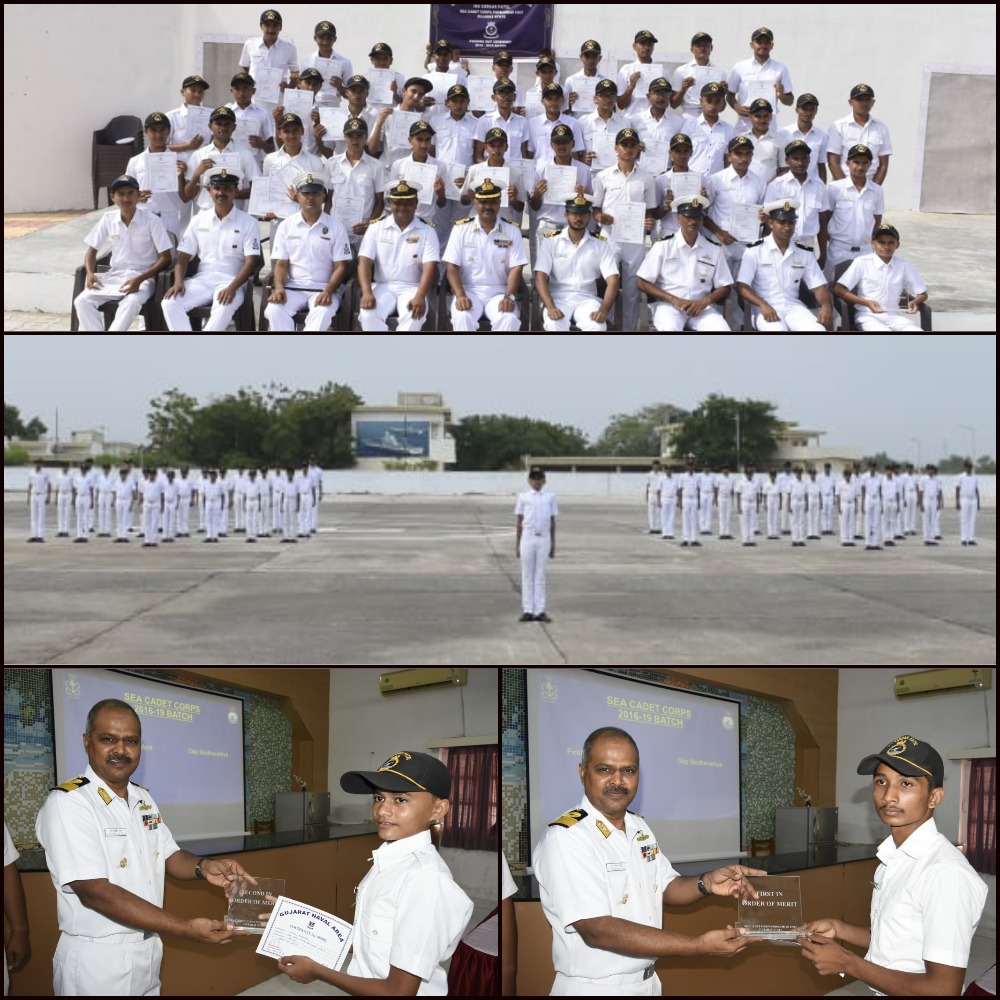 The Sea Cadets are mainly from various strata of the civil society. During the past three years, they were imparted theoretical and practical training in naval orientation subjects, parade training/ drill, communications including semaphore, small arms and others.

Sea Cadet Dilip Modhavadiya and Sea Cadet Bhola Ranawaya were awarded with shields and certificates for their outstanding performance in Academics and Parade Training/ Drill respectively. The Reviewing Officer congratulated all the award winners and the passing-out course Sea Cadets. He highlighted aspects of naval orientation imparted and how the training helped them in their personality development, self discipline, more importantly team spirit.