More than 360 covid positive surgeries and more than 65000 minor surgeries performed in various departments in the last year Corona time was a time of great crisis and due to the risk of infection in private and other hospitals, the rate of surgery required was greatly reduced.  And even then, the patient who needed […] 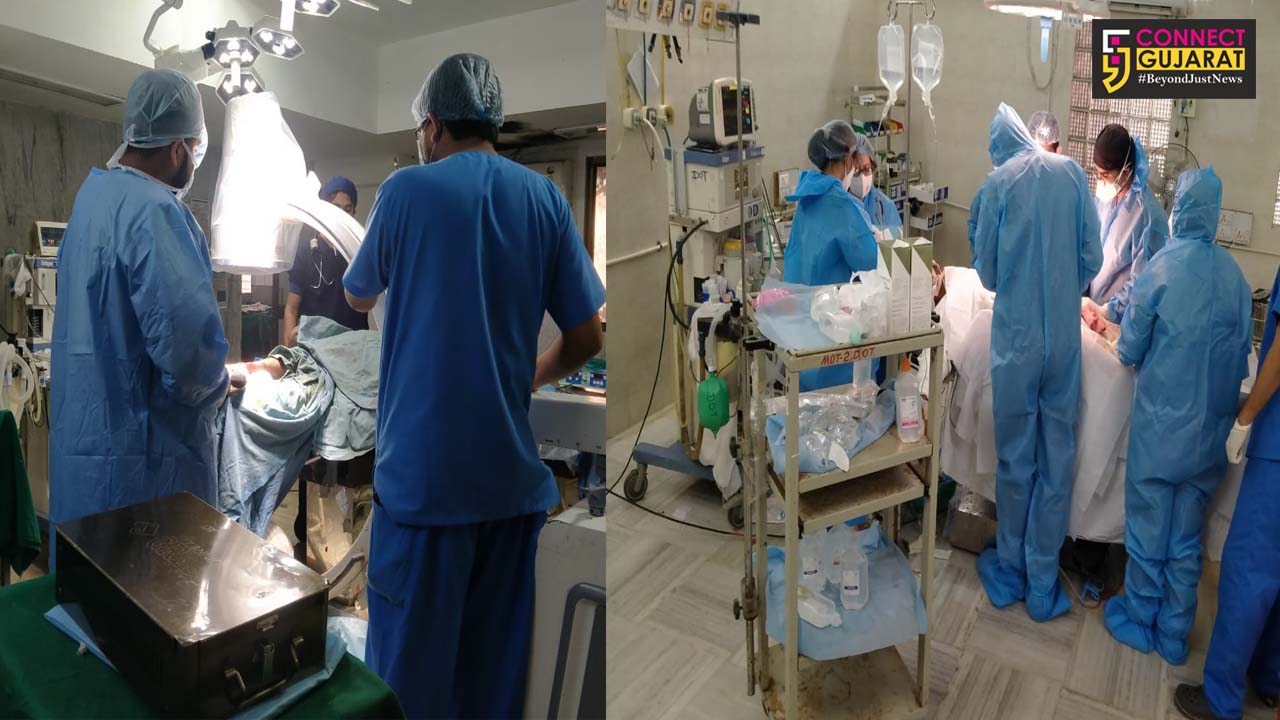 Corona time was a time of great crisis and due to the risk of infection in private and other hospitals, the rate of surgery required was greatly reduced. And even then, the patient who needed surgery was sent to a government hospital if covid positive.

In such a difficult time, various departments of Sayaji Hospital showed devotion to the unique duty of holding the hands of patients in dire need of surgery and saved them from critical condition. Thus, in times of crisis, SSG hospital became the center of safe surgery and came to the aid of the people.

Expressing the feeling that it is an unwritten rule that no one can be denied treatment in a government hospital, the administrative nodal officer of Sayaji hospital Covid facility, Dr. O.B. Belim said, for various reasons, emergency surgery was seldom performed in private and other hospitals but various departments of SSG hospital had taken necessary precautions to prevent the infection by operating on more than 360 covid positive patients.

Approximately more than 150 Covid-positive pregnant women underwent safe obstetrics and gynecological surgery during this period. In addition to this, in all the departments, the operation of urgent operation and procedure of Covid-free patients was continued almost continuously. Thus, the proverb of Rise to the Occasion was made meaningful by this government hospital.

The year 2020 was the year of the Corona Crisis. However, as in previous years, Sayaji Hospital departments of General Surgery, Gynecology and Obstetrics, Orthopedic, Plastic Surgery, Ophthalmology, Pediatrics and Neuro continued the planned and pre-planned and emergency surgery throughout the year.

In addition to this the admirable work of necessary bandage and minor, major surgery and procedure was also done in the emergency treatment department. If we add up the annual operations of all these departments, more than 65 to 70 thousand minor and major surgeries and necessary procedures were performed at Sayaji Hospital in the year of Covid crisis. And the average cost of this surgery is only Rs. 1000. Even if it is 1000 times, you can calculate for yourself how much the financial burden of the 65000 needy patients has been eased by the hospital.

Covid’s period was and is such that there were hardly any options available for treatment such as surgery other than government clinics. At that time, Government Sayaji Hospital has set an excellent example of devotion to humanity.