Experimented with potato cultivation in cow based farming for the first time Dharmesh Patel, a farmer from Wankaner village in Savli taluka, has been following the path of cow-based farming in the style of Subhash Palekar since about 2017.  He believe that in order to preserve soil fertility and keep the it like a piece […] 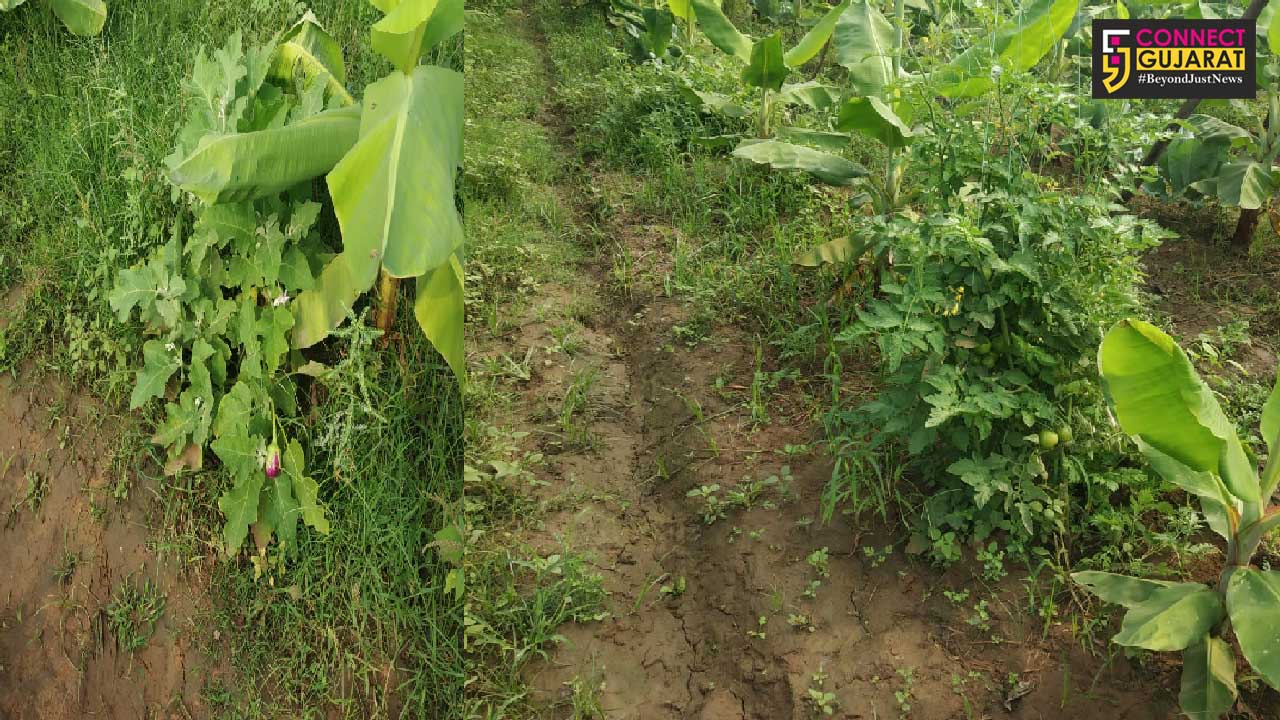 Dharmesh Patel, a farmer from Wankaner village in Savli taluka, has been following the path of cow-based farming in the style of Subhash Palekar since about 2017. He believe that in order to preserve soil fertility and keep the it like a piece of gold, the use of chemical fertilizers and pesticides should be gradually reduced by combining cow dung and cow urine as well as natural pesticides. He say very suggestively that cows and farming are like two sides of the same coin. The cow nourishes the farm and the fodder obtained from the farm remains the lifeline of the cow. In addition, the farmer gets the benefit.

Dharmeshbhai has grown pomelo fruit trees rich in vitamin C. In 2017, they planted about 1,600 plants in two and a half bighas of cow-based bananas. After taking one crop in bananas by using solid pesticides and liquid pesticides made from cow dung, cow urine and jaggery using and take advantage of another crop which is currently considered as off-season for bananas.

He said that bananas from cow based farming have natural sweetness and the yield, quality remain intact with more than one banana production. In contrast, bananas grown with chemical fertilizers lose their yield and quality due to hardening of the soil. He even claim that if a farmer assumes in cow based banana cultivation, he can get a yield for one hundred years from a single planting.

As a new experiment in cow based farming, he has planted cholas, cauliflower, cabbage, brinjal, chillies and native tomatoes in the vacant land between the banana plantations.

At the same time, he has for the first time planted potatoes under cow-based farming and chickpeas as co-crops. He have made it seed-dead and planted it by spreading the seed before planting to increase the strength of the plant. He call it seed sacrament.

He say the farmer should always be experimental from which less land leads to more and more diverse farming and income also increases naturally. When banana is a long-term crop, it can be a source of seasonal income.

Expressing the view that cow based pure farming is excellent for human health and soil health, Dharmeshbhai said, this farming makes the soil loose, increases the number of useful organisms like earthworms and reduces the cost. In sum, this farming is more beneficial for the farmer, for the land and for human health. He welcomes the Gujarat government’s schemes promoting cow rearing and his friends from Wankaner area have also joined him in this experiment.