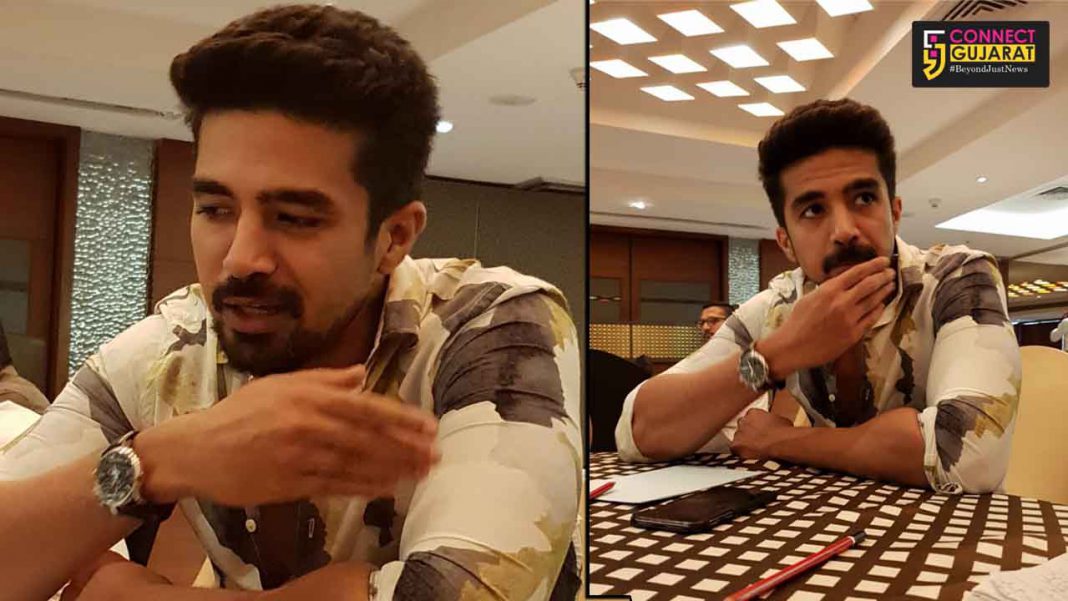 Said Race 3 is a learning experience for him

“Cricket is my life and I played cricket since childhood. However, acting happened out of nowhere and since then, it has been a fight between struggle and fame,” said Saqib Saleem Qureshi, Bollywood actor and passionate cricketer. He said that the sportsman in him helps to take every competition seriously in his career.

Saqib started his career as a cricketer and he represented his state of Jammu and Kashmir, and also the university he studied in. But destiny had something else in mind and he turned his attention towards the glamour world of Bollywood.

“I played cricket very seriously from the start and at one time, I had to make the decision, about whether I can make it into the national team. However, that didn’t work and acting happened out of nowhere for me. I got my first film without having any acting and theatre experience soon after I landed in Mumbai. However, the struggle and hard work started after that, as I begin to look for good ideas and stories to establish myself as an actor,” said Qureshi.

He said entry into Bollywood was not easy, as his father gave him a year’s time to get success in Mumbai or else complete MBA and join the family business. His father runs a chain of restaurants called Salims in Delhi.

“Me and my elder sister (Huma Qureshi) almost joined the industry at the same time but it needed a big effort from my side to get success here. As my father gave me one year, I tried and took the competition seriously, which pushed me to try hard. I was lucky to get the break soon and have continued the passion since then,” said Qureshi.

He said being siblings, he and Huma Qureshi got into heated arguments and discussions about scripts and acting. It’s more about helping each other to know about their mistakes in acting and suggest how to correct it and trying to push each other.

Finally, he talked about having a great experience being a part of Race 3. “It was more of a learning experience for me as I worked with industry stalwarts and did action for the first time. I can keep all my seven films on one side and Race 3 on the other side, as the latter helped me to make myself believe in me,” said Qureshi.

He concluded by appreciating the recent judgment on section 377 and said the decision is great, as now people can decide on their own about whom to love.