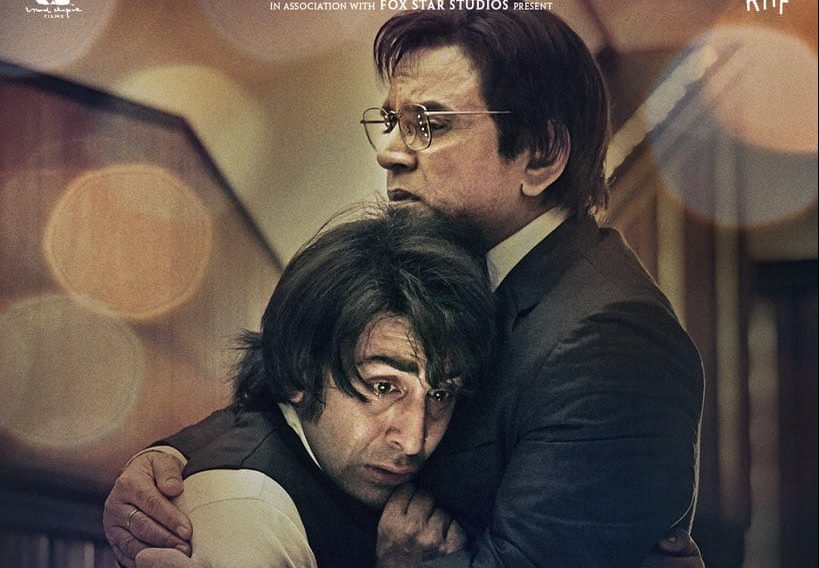 Rajkumar Hirani introduces Paresh Rawal as Sunil Dutt in the latest poster with a heartwarming moment shared by the father-son duo.

Ranbir Kapoor is seen vulnerable while there is a visible worry on Paresh Rawal’s face.

Giving us an insight into the memory of the 80s, the poster speaks volumes about the father-son bond shared by the yesteryear actor Sanjay Dutt with veteran actor and father Sunil Dutt.

Director Rajkumar Hirani had earlier revealed Sanju to be giving deep insights into the warm bond shared by Sanjay Dutt with his father Sunil Dutt.

The biopic depicts the various stages of Sanjay Dutt’s life, the teaser of which has already piqued the interests of the audience.

‘Sanju’ showcases the highs and lows of Sanjay Dutt’s life-giving an insight into the unbelievable story of the actor.

The director released multiple posters of the film, revealing the varied looks of Ranbir Kapoor from the biopic. All the posters have gained immense appreciation from the audience and critics alike for the striking resemblance to Sanjay Dutt.

Written and directed by Rajkumar Hirani, the movie will also stars an ensemble cast in addition to Ranbir Kapoor which includes Paresh Rawal, Manisha Koirala, Vicky Kaushal, Sonam Kapoor and Dia Mirza amongst others.

Produced by Vinod Chopra Films and Rajkumar Hirani Films in association with Fox Star Studios. ‘Sanju’ is all set to be released on 29th June 2018.