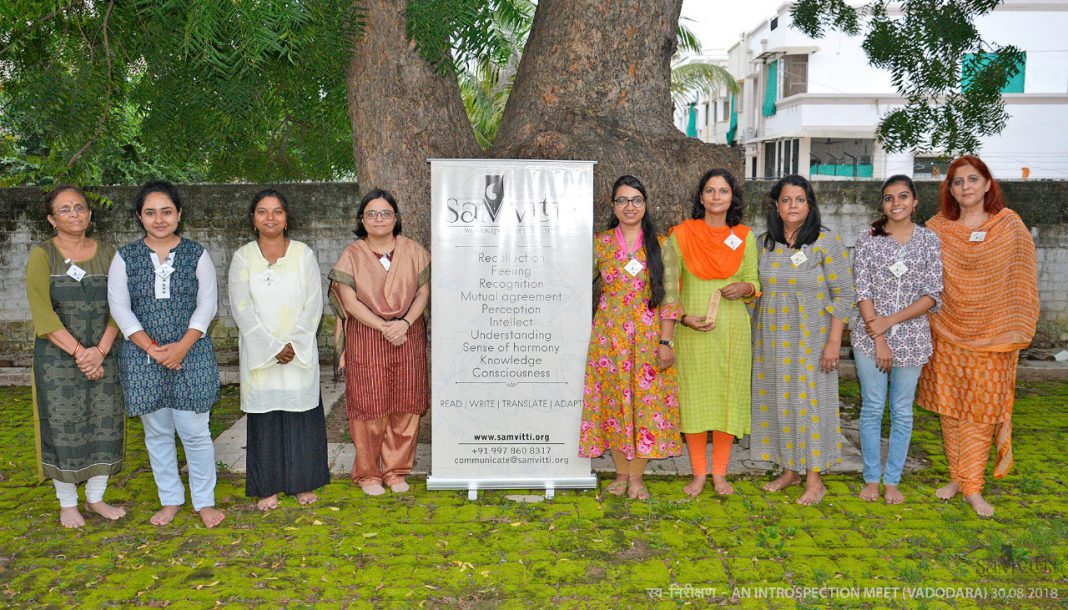 SaMvitti Foundation introduced a new initiative of sharing the story through video clip to reach out to wider audience. The new initiative was introduced during the Introspective Meet of the resource persons who leads SaMvitti Sharing Story.

Under the new initiative the resource persons (Sahityamitra) were invited to prepare a brief narration of the story and present it in front of a video camera. The idea is to let fine pieces of literature reach out to a wider audience.

The meet comprised of two phases where in the first phase the resource persons shared their experiences of sharing stories in the last three months. They also shared what they gain from the initiative and expressed how it has been benefiting not only to the participants but to their own development.  They also shared about building their knowledge about the innumerable forms of writings and how they have got themselves involved into reading and understanding the text from a different perspective which is more narrative and imaginative.

The resource persons also shared their future plan of action where they shall inculcate more creative ideas to the sessions. The session gives them a joyful gathering where all the resource person had found a soulful connect with their respective group of participants and were more than eager to take them a step higher each time they narrated a story.

In the second half Dr. Darshini Dadawala at the onset congratulated the resource persons for their present efforts towards the initiative.  After a brief sharing of the overview of what the resource persons had shared, Dr. Darshini Dadawala began by explaining the academic aspects of the initiative with simple and complex facts.

The facts were stated to help the resource persons for a smooth and effective conduct of their sessions. The simple facts included the process of reading and selecting the story and then letting the story rest in their consciousness for a few days instigating a process of deep and broader thinking.

By doing this, the story give the resource persons a chance to feel the text and letting the insights surface on its own. The complex facts summarised the idea of taking their narrative to a higher level wherein the richness of Indian literature which resides in the classic texts can be selected for narration to bring the participants closer to their culture.

Dr. Darshini Dadawala concludes and suggested the resource persons finer ways to connect with the participants resulting in better involvement, participation and interaction.