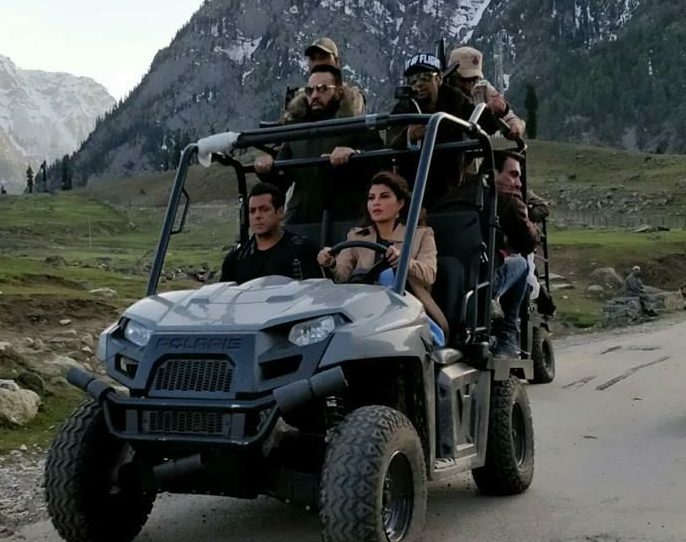 Salman Khan and Jacqueline Fernandez heads to beautiful locales of Sonmarg for shooting a romantic song for their upcoming film Race 3. Jacqueline is shooting for the first time in the valley but Salman already shoot here for Bajrangi Bhaijaan.

It is Jacqueline Fernandez’s first time shooting in the valley were as Salman has already been here for Bajrangi Bhaijaan.

Last time the duo was seen romancing in the song Hangover which was chartbuster and now they’ve come together for a soulful romantic track for Race 3. 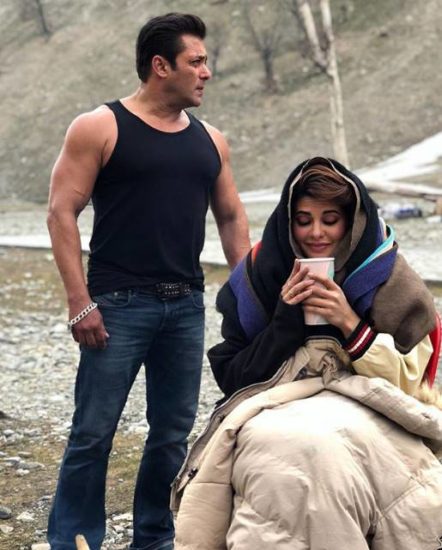 The action thriller will feature the blockbuster Jodi of Salman Khan and Jacqueline Fernandez for the second time after the success of Kick.

Starring an ensemble cast of Salman Khan, Jacqueline Fernandez, Anil Kapoor, Bobby Deol, Saquib Saleem and Daisy Shah, the action thriller is undoubtedly one of the most awaited films.

Produced by Salman Khan Films and Ramesh Taurani under the banner of Tips Films, Race 3 is directed by Remo D’souza and will hit theatres on Eid 2018.