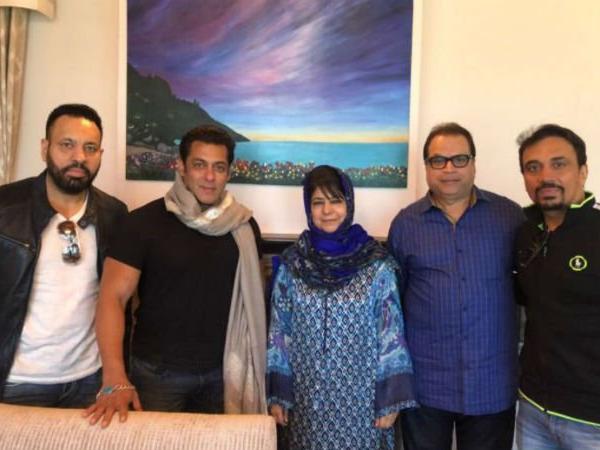 Superstar Salman Khan and producer Ramesh Taurani, who are currently busy here with the shoot of the third instalment of the “Race” franchise, met Jammu and Kashmir Chief Minister Mehbooba Mufti.

Salman and the film’s team reached the picturesque Sonamarg hill station in the state for a two-day shooting schedule of Remo D’Souza directed movie “Race 3”.

“We thank Chief Minister Mehbooba Mufti for welcoming us in Kashmir for the final lap of ‘Race 3’ with Salman Khan,” Taurani tweeted with the image, in which he has posed with Mufti, Salman and the actor’s bodyguard Shera.

Besides Salman, “Race 3” will also feature Anil Kapoor, Bobby Deol, Jacqueline Fernandez, Daisy Shah and Saqib Saleem. The film scheduled to be released coinciding with the Eid festival on June 15.