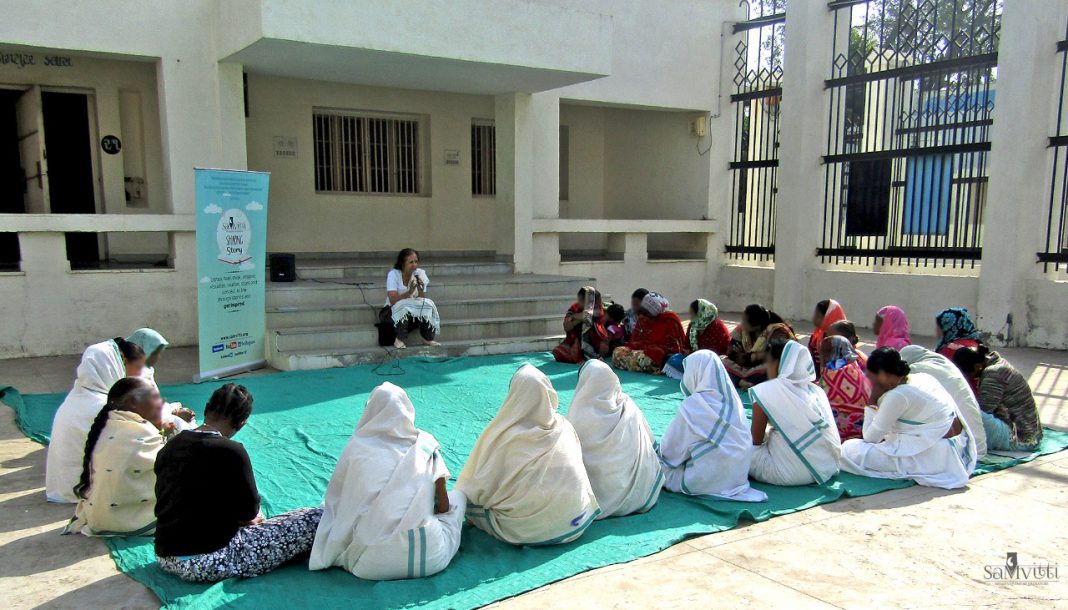 Goals are important in life and one need to make strong decisions to reach there and fulfill their dreams. The women inmates of the Vadodara Central Jail also shared their goals with SaMvitti SahityaMitra Neela Gupta during the sharing story initiative.

Power of decision’ with the women inmates of the Central Jail. The session started with the conversation between the SahityaMitra and the participants (Sahriday) about the meaning and decision making to reach their ultimate goals. One of them also shared about her resolution to make her way out of jail. 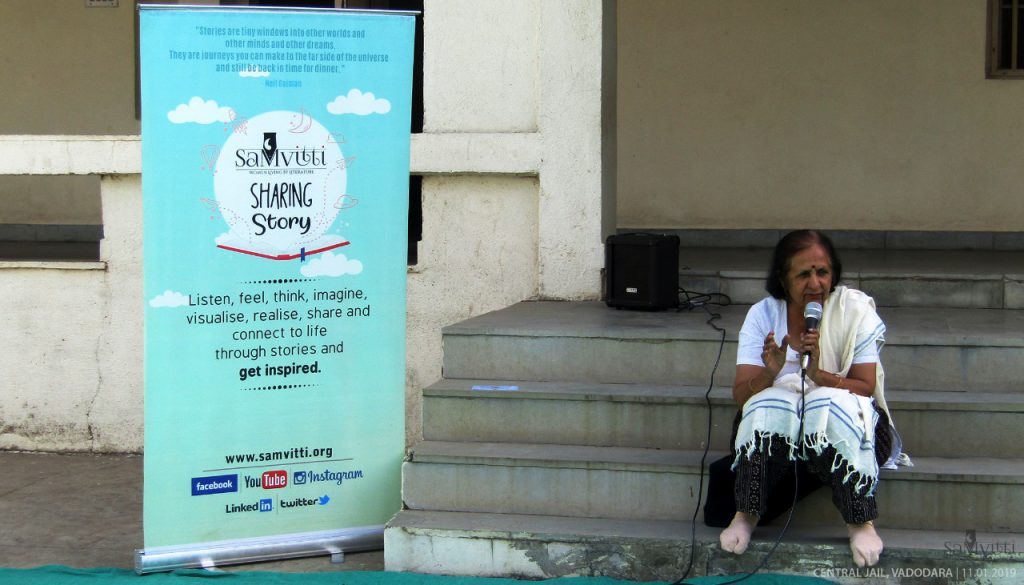 When someone makes a ‘decision’ or ‘commitment’ for doing something good for the society, the universe listens and the road opens for the dream to be realised. This is a true story of a woman who was illiterate, unskilled and had no experience in dealing with the worldly affairs. But when faced with a dreaded challenge, her inner strength gave her the conviction and courage to realise her dream.

The story is about a woman named ‘Subhasini’ who lives in West Bengal. At the age of 12, she was married-off to Chandra, an agricultural worker who lived in Hanspukur village. In her husband’s meagre earnings Subhasini struggled to make ends meet. Over the years, she gave birth to four children and kept busy cooking and cleaning all-day long for her husband and four children.

Disaster struck in 1971 when her husband began writhing in pain and was rushed to the district hospital near Kolkata. There she realised that the doctors and nurses refused to pay attention to him as they were poor. This government hospital was mandated to provide free service to the poor. But reality was that patients needed either money or connections to get treatment. Her husband died that night. She was left alone with four frightened and hungry children to raise. She sobbed over the body of her dead husband, overcome with grief and desperation. A poor, puny housewife with no education, training or skills – how on earth was she going to raise her four children?

Through her tears and fears, Subhasini made an oath that fateful day – no one should suffer like her. She vowed to do all that she could to spare people of this nightmare. She decided to build a hospital for the poor. But Subhasini did not have the luxury to indulge in either her dream or her despair as she had four hungry mouths to feed. She started working as a maid-servant in a few nearby houses.

Her son ‘Ajoy’ was a good student. She sent him to an orphanage in Kolkata so that he could get a decent education. The other three children helped her with the housework. Soon she discovered that she could pick vegetables that grew on the wayside and sell them which would fetch more money than doing other people’s housework. So she and her children started selling vegetables. She saved every penny possible. For 20 years, she scrimped and saved and spent nothing on herself and little on her children, except for her elder son Ajoy’s education.

With the industriousness of an ant, she saved, little-by-little, for a purpose. She had not given-up on her dream of building a hospital. In 1992, she bought an acre of land in her husband’s village and with villagers’ help built a temporary shed. A team of doctors offered free service. These were the humble beginnings of ‘Humanity Hospital’. Today it is a full-fledged multispecialty hospital serving the underprivileged.

How did she achieve all this? She says, “Inner Strength”. She adds with rustic wisdom, “God in his infinite grace gave me a vision at the darkest moment in my life. From then on, my life had a purpose. I used whatever strength God gave me to make sure other poor people did not lose their loved-ones for lack of medical attention.”

In 2018 she was felicitated with the prestigious ‘Padma Shri’ award. Such is the power of a ‘decision’. When one wants to change the world for better, one has to work selflessly.

At the end of the session, participants expressed their views about the story. They believed to have faith on one’s self and the divine power. One woman expressed that the story was exactly like her story as she has had similar experiences in her life.