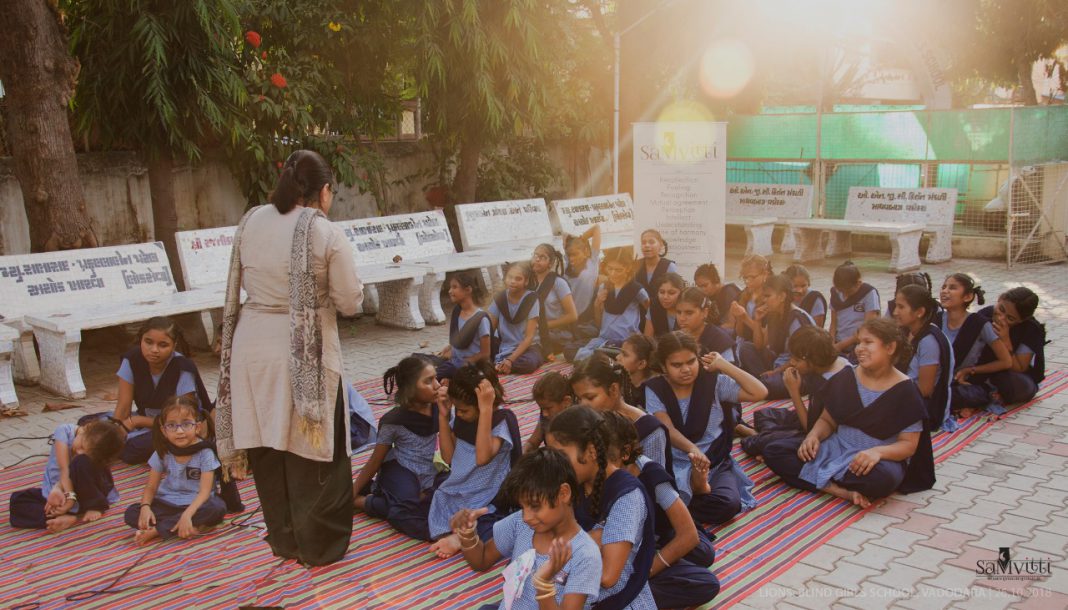 Shared her achievements and get them close to her

SahityaMitra Darshini Dadawala shared the life story of ‘Helen Keller’ an American author, political activist, and lecturer to the students of Lions Blind Girls School. She was the first deaf-blind person to earn a bachelor of arts degree. Dadawala shared Helen’s achievements with the students and get them close to her.

The session begin with a children’s song titled ‘Chakiben’ and told the participants that she will come and tell a story. After the song, which was sung along with a rumble of claps, they were made to hear a creatively recorded story.

The story was about – Princess Gulabi and a Golden Bird. After listening to this story, the enthusiasm aroused for listening to another story and for the second time they all sang and called Chakiben to tell another story. This time, everyone enjoyed the pleasure of singing the song by clapping the hand of a friend seated beside.

The second story is about the biography of ‘Helen Keller’. A documentary film made by The Central Institute of Educational Technology, National Council of Educational Research and Training, was used to narrate the story. In a dramatic fashion with dialogues and music the life story of Helen, from her childhood to her achievements has been depicted briefly and accurately in the documentary. An effective article of Helen’s birth, illness and the achievements attained by education and writing was presented to the participants. In-between, a dialogue with the participants took them so close to ‘Helen Keller’ that she became their ‘Helen Didi’.