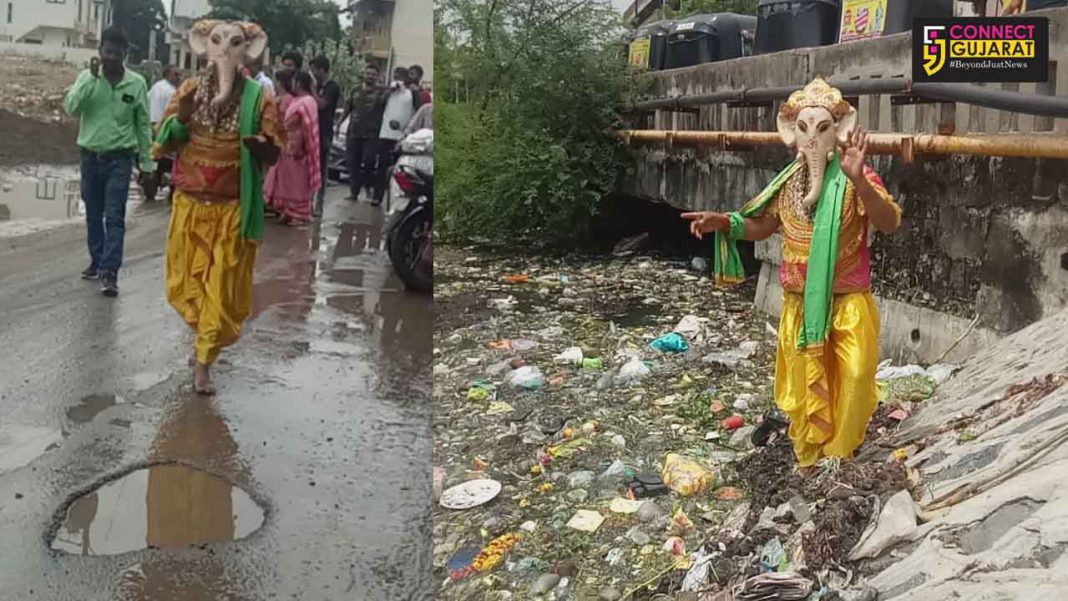 RTI activist from Vadodara Atul Gamechi protest in a unique way about the lakes fill with filth and drain water and not suitable for immersion this Ganeshotsav. Wearing the mask of elephant god he visited every lakes and raise the issue before the people of Vadodara.

“Vadodara is known for its natural lakes with pure water in the past. But in recent years the lakes are turned into dumping ground and are like drains. People immerse the idols in the same lakes which is not suitable and also hurt the sentiments. Moreover the artificial lakes prepared by the corporation also not care about the idols as later they were dumped somewhere else. We raise the issue before the people to spread awareness in them,” said Gamechi.