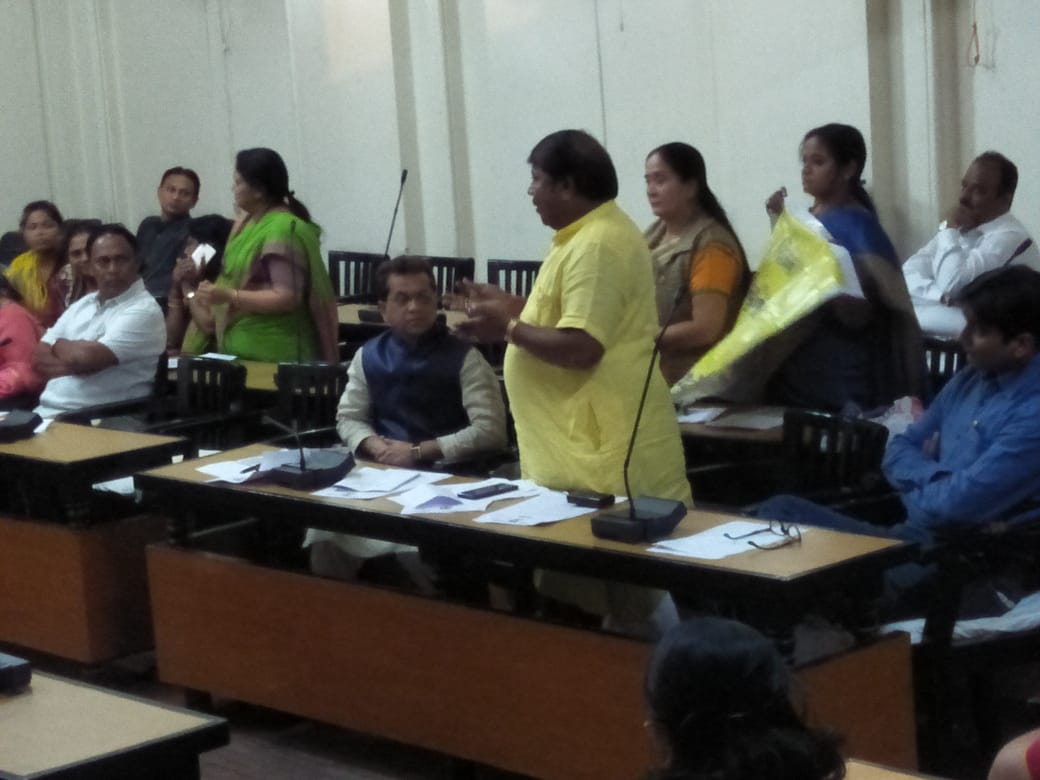 Present with banners in the general meeting of VMC

The general meeting of VMC seen some stormy scenes on Tuesday evening as RSP councillors in Vadodara approach the officials aggressively about not resolving their basic issues. They were present inside with banners and approached the officials for quick resolution of their problems.

The also demand to widen the roads joining Akanksha Duplex to Panchvati, Vijay Nagar to Ghanshyam Park, Dashama temple to Laxmipura. RSP councillor Rajesh Aayre said the VMC is talking about smart city but the administration fails to provide even basic amenities to the residents. Localities are coming up in the areas but lack the basic amenities and they are demanding the same from the VMC officials.