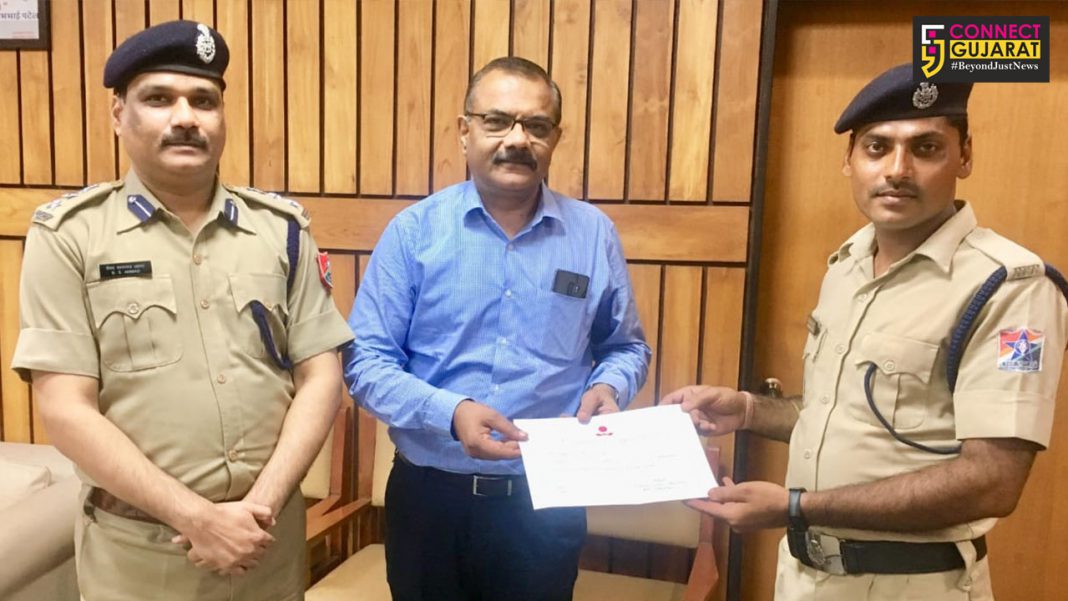 felicitated for his bravery and courage

Western Railway’s RPF is committed to serve even in harsh environment and one such case comes to light recently in Gujarat. Shivcharan Singh Gurjar a RPF Constable of Ahmedabad Division displayed courage of the highest order and save nine lives disregarding his personal safety. He save 9 people from drowning in flood near Samakhiali station on 10th August, 2019.

According to a press release issued by WR CPRO Ravinder Bhakar, the recent torrential rains in Gujarat leads to floods and several trains are cancelled on various sections. Train No. 12959 Dadar-Bhuj Express was terminated at Samakhiali station on 10th August, 2019. RPF jawan Shivcharan Singh Gurjar posted at Mahesana RPF post was travelling in the train from Mahesana to Gandhidham but it was terminated. He was informed that 9 RVNL labourers were trapped in the flood waters.

Shivcharan took quick action to save the workers and swam in flooded waters to rescue them. With the help of NDRF he was able to save all nine labourers through boats and rescued them safely. Shivcharan’s valour set an example of service and his act gets him the recognition. Director General of RPF has decided to award Gurjar with DG’s Commendation and Insignia with an additional cash reward of Rs. 4000.

Minister of Railways Piyush Goyal also praised Gurjar for his act of valour at took to social media to accolade him for his service. Deepak Kumar Jha – Divisional Railway Manager of Ahmedabad Division, has also awarded him with cash prize and citation.