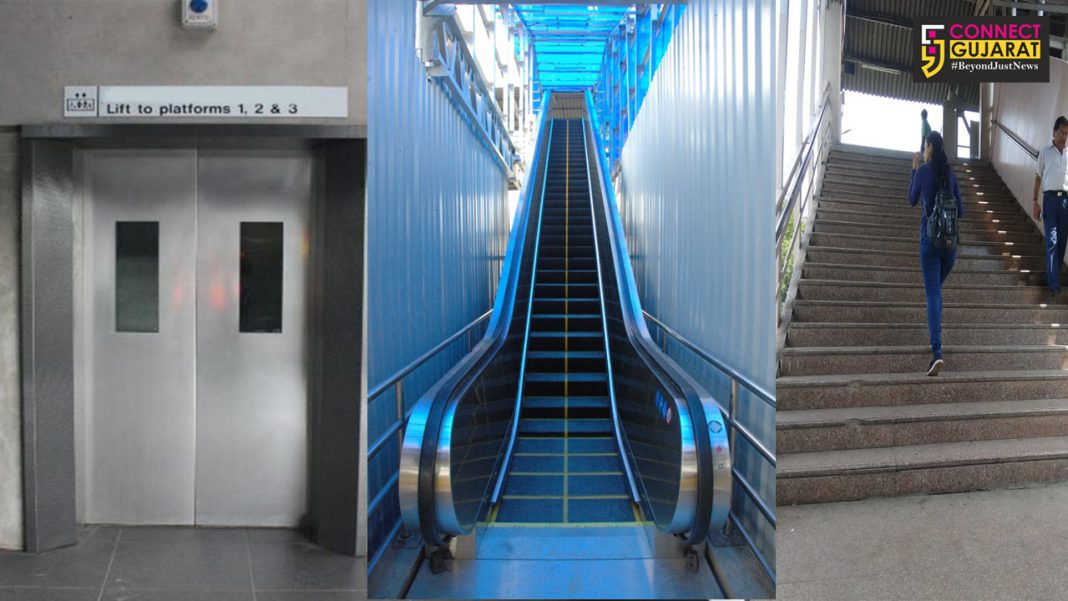 Trespassing constitutes to more than 70% of accidents on railway line and others being falling in platform gap, from running trains, hitting the poles and others. To control it Western Railway has taken several measures and managed to bring down the cases of running over by trains. WR has taken this problem very seriously and started working on it as a mission in last few years.

According to a press release issued by WR CPRO Ravinder Bhakar, in view of various initiatives taken by the administration, 52 vulnerable locations were identified alongwith GRP which were prone to trespassing. The gaps have been plugged at all these locations with 6.28 Kms new Boundary wall/Fencing have been constructed in last 2 years.

Further, the work is under progress in the 5 Kms portion of the remaining 11 Kms. The 6 Kms stretch has multiple encroachments which are required to be removed before the work can be taken up. 38 FOBs, 42 Escalators and 23 Lifts have been constructed/ commissioned in Suburban section of Mumbai Division of WR during the last 3 years. More 36 FOBs, 72 Escalators and 40 Lifts are under various stages of construction and commissioning.

All 168 identified Suburban platforms height has been raised to reduce the gap between platform and coach floor thereby bringing the deaths due to falling in gap to almost nil. Divider fencing between Up and Down Tracks have been provided at all Suburban stations. 209 Public awareness campaigns have been done so far through celebrity appeal, roping in NGOs, Print media, TV channels, Radio Channels, Announcements at stations, SMS, Social media etc are continuously being undertaken.

Bhakar further stated that WR has roped in celebrities such as Bharat Ratna Sachin Tendulkar, John Abraham, Jackie Shroff as they have mass following to deliver messages to people requesting safe travel. These messages are regularly being played at cinema halls, TV channels, social media.

Regular drives against the menace of trespassing are being done with total 5800 cases booked in 2019. 529 MSF and 350 RPF staff have been provided for crowd control at stations on daily basis. As a result 20 lives were saved between Jan-June (2019) and the number of incidences due to hitting by pole have reduced from 26 (Jan-Jun 2018) to 11 (Jan-Jun 2019).

RPF help desks for Senior citizens and divyang passengers are functioning in major stations to help them to board in trains safely. Queue system have been introduced at identified stations and locations during peak hours and four biometric queue management devices are used in BDTS and MMCT station. Jogeshwari LC, which witnessed highest number of deaths till last year has been successfully closed and a new FOB has been constructed for east west movement of local people.

More than 1000 security personnels are deployed at various platforms of suburban stations and FOBs for smooth flow of passengers. The halts of trains and tracks of operations of few trains have also been shifted to reduce overcrowding on few FOBs. This has resulted in bringing down the deaths to zero from 30 last year at Jogeshwari and overall 13% reduction in Mumbai suburban, from 416 death cases in 2018 to 362 death cases in 2019 between Jan to June.

The stuctures and poles which were close to the tracks have been either removed or shifted. In case of not possible to shift, the structures have been painted in bright colours so as to warn the foot board travellers. Pace of construction of FOBs has been increased tremendously and in last 15 months 28 FOBs have been constructed. This has helped in decongestion and overcrowding on FOBs.

62 new services have been introduced in last 5 years to decrease overcrowding in trains. An innovative Passenger Protection Information System (PPIS) is under trial on W.Rly, whereby, when EMU rake is going to be starting with blue coloured flasher light will start blinking for 5 seconds and after that for 5 seconds continues glowing.

Bhakar further stated that, Western Railway’s Public Relations wing is also continuously undertaking various awareness campaigns across all available media so as to bring about a behavioral change. They came up with series of advertisements highlighting the print media readers with dangers of trespassing along with warning about the legal actions if caught crossing the tracks.

SMS campaigns in English, Hindi, Marathi are regularly undertaken to warn people as it provides almost 100% reach to the target audience. Social media is also used to educate people through creative photos, artworks, videos, gif, testimonials are posted. Actual videos of people falling while catching a running train and saved by RPF are also posted to make people aware of such dangers. Radio spots with clear messages are made and played through FM channels and through announcements at stations. Short films with content hitting the emotional chord of viewers are also made and played in cinema halls, TV channels, video screens at stations.

Help from various NGOs and corporates has also been taken and several campaigns at stations are undertaken. A campaign ‘Be Zinda’ involving NGOs, colleges, schools, corporates was launched to sensitise people. Western Railway urges its valued customers to care for their life and not to trespass railway tracks. Always use FOB, Subway, Escalators and Lifts to change platforms.