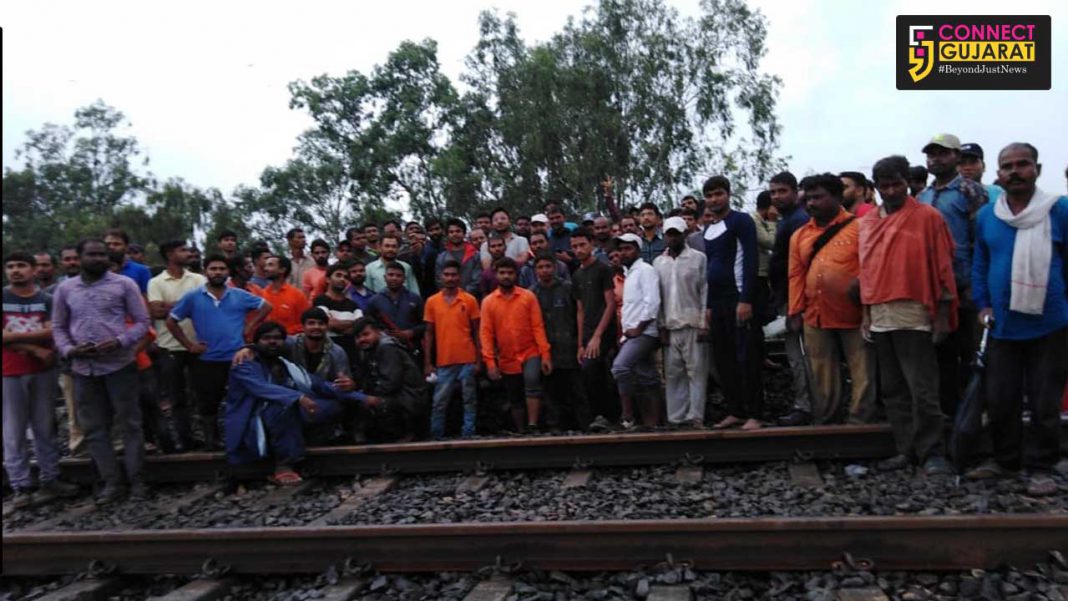 The Vadodara – Surat section of W. Rly has been receiving incessant rainfall in the past few days resulting in water – logging at railway premises, submerged railway tracks, washouts,  which has lead to cancellation, diversion, short – termination of various trains as a safety measure. The railway officials along with several group staff are continuously monitoring the situation to keep a check on untoward incidents.

One such measure is continuous patrolling of the section by deputing trackmen who checks for such breaches, any untoward instances on track and in the vicinity. During such patrolling, Murari Kumar one of the patrolman saw the embankment falling between Kim – Kosamba section in the rain affected Vadodara – Surat route, which was immediately reported to his superiors.

Murari Kumar was patrolling from Kosamba towards Kim on 4th August, 2019, when around 18.05 hours, he heard a sudden sound of earth falling. On rushing to the spot, he saw that the embankment near the tracks at Km 294/0-2. Murari immediately informed his superiors – Permanent Way Inspector (PWI) and the Station Master. The traffic on the route was immediately stopped inorder to avoid any mishap.

Murari will be awarded on Independence Day for his exemplary devotion towards his duty along with several others who have shown such alertness. WR CPRO Bhakar stated that such devoted Railwaymen are the real strength of our organization and they are proud of such employees.