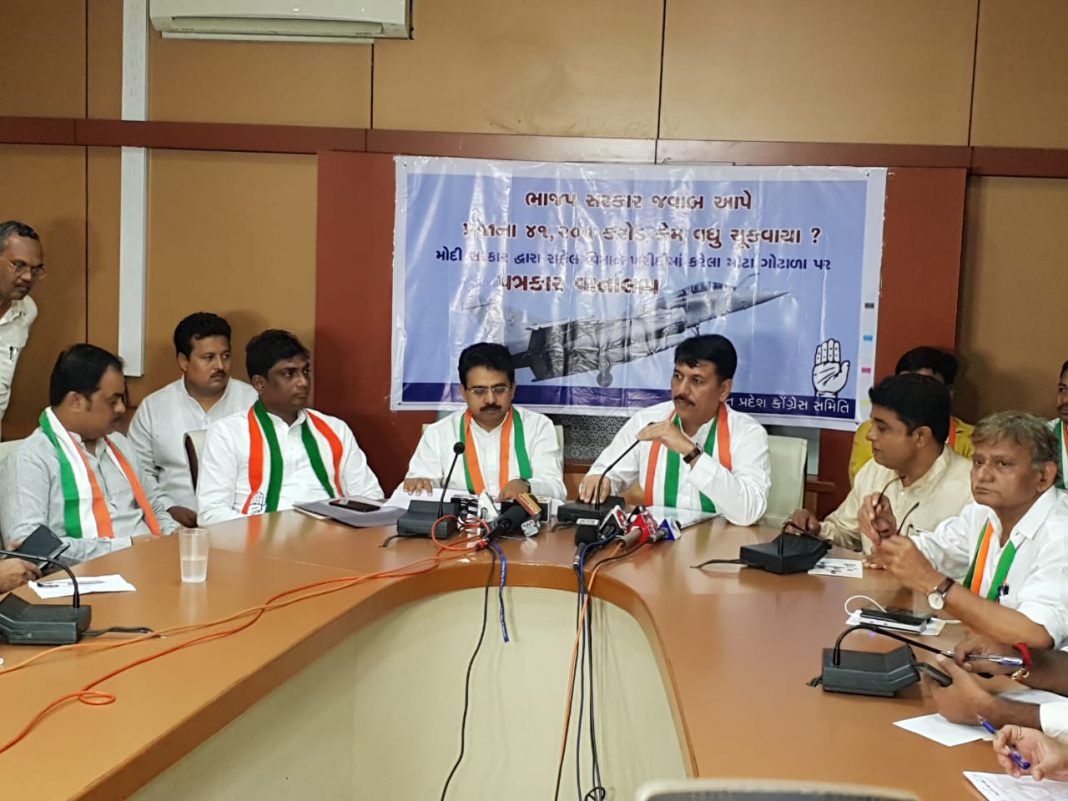 Calls it as biggest scam in terms of security deal

Loksabha MP and Gujarat incharge Rajiv Satav attacked BJP on Rafael deal and said the goverment tried to benefit their industrialist friends with this deal. He said present BJP government benefit and help Reliance company who don’t have any experience to make even toy planes to get the offset contract of fighter planes. He also term it as the biggest scam of the country in terms of security deal.

Speaking in a confrence in Vadodara Rajiv Satav present documentary proof about the deal and compared it during the time when UPA government finalise the deal. He attacked the present BJP government to benefit and help Reliance company who don’t have any experience to make even toy planes to get the offset contract of fighter planes.

“The Rafael deal is the biggest scam of the country in terms of security deal and it is done just to benefit the industrial friends by the present BJP government. They also pay three fold price of the aircrafts against what the UPA government finalise. We are not questioning the aircrafts but the deal which benefit the industrialists and wastage of people money,” said Satav.

Speaking further he said there is a point about transfer of technology to India which brings down the price of the aircrafts. But there is nothing like that and the present BJP government paid high price to France. He also added that the government sidelined the experienced company against the inexperience one.

“UPA government finalise the deal and gives the contract to Hindustan Aeronautics Limited (HAL) to make 108 aircrafts in India and rest 36 comes from France. However when BJP came into power they secretly signed the deal and sidelined HAL to benefit the company like Reliance for 1,30000cr offset contract who don’t have any experience to make even toy planes. The deal is to help the industrialists friends and become partners in the scam. BJP and PM is now Bhaagidaar not Chowkidaar which they claimed,” said Satav.

He added they are not questioned about the aircrafts but the three fold payment to buy the fighter planes.
Many leaders will visit Gujarat in coming days and discuss it with the people in different cities.