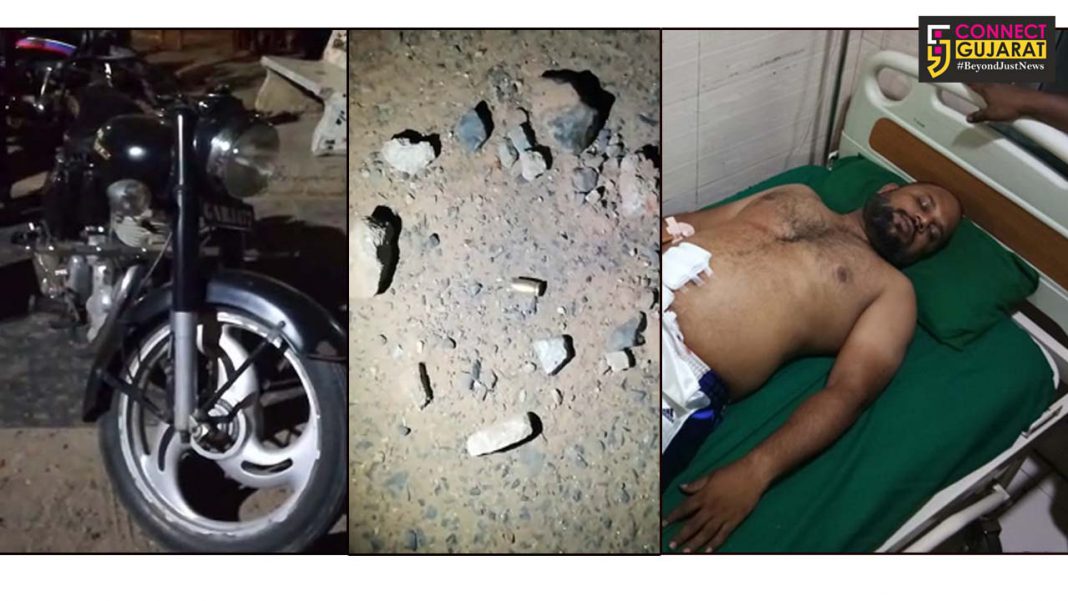 Injured shifted to nearby medical facility immediately and is under treatment

A police sub inspector attached with Makarpura police station fired four rounds on a youth after a heated argument in Vadodara. The incident happened Monday night in Tarsali after the PSI question the youth on suspicion. The injured was shifted to nearby medical facility immediately and is under treatment.

As per police officials some youths were standing near a pan shop in Tarsali area when the PSI Shaktisinh Chudasma stopped there on suspicion. He started questioning and that leads to heated arguments between the two. The youth called his other friends and after pushing each other the PSI fired on them resulting in injury to one Simit Prajapati.

Simit was immediately rushed to the hospital in injured condition and is under treatment. Top police officials also rushed to the spot after the incident and began investigation in the matter about the reason which leads to PSI firing bullet rounds on the youths.