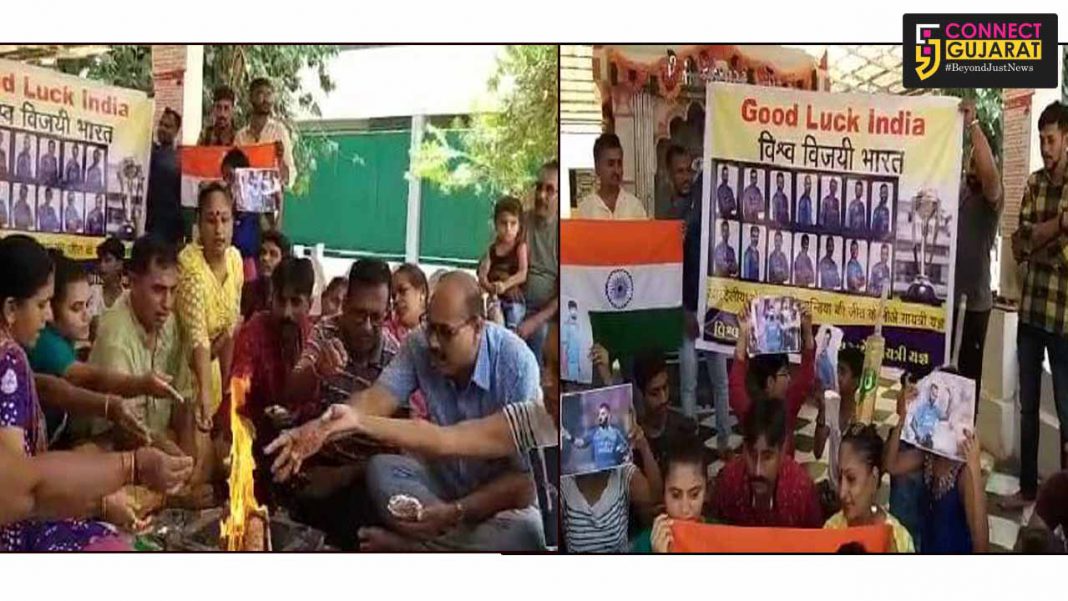 India starts its World Cup campaign with a bang after defeating South Africa convincingly in the first match.  Now the team is about to clash with strong Australia team winning it’s two matches against their opponents.

The two rivals will clash on Sunday and it’s going to be a hell of a match for the cricket buffs. The fans are praying for India to continue their good show in the tournament and beat Australia on Sunday.

In Vadodara Gayatri parivaar and residents of New Sama road organise Gayatri Havan inside Gayatri Mata temple and wish team India to continue their winning March. They wish the team to move ahead in their World Cup campaign and win every match to become World Champion once again.