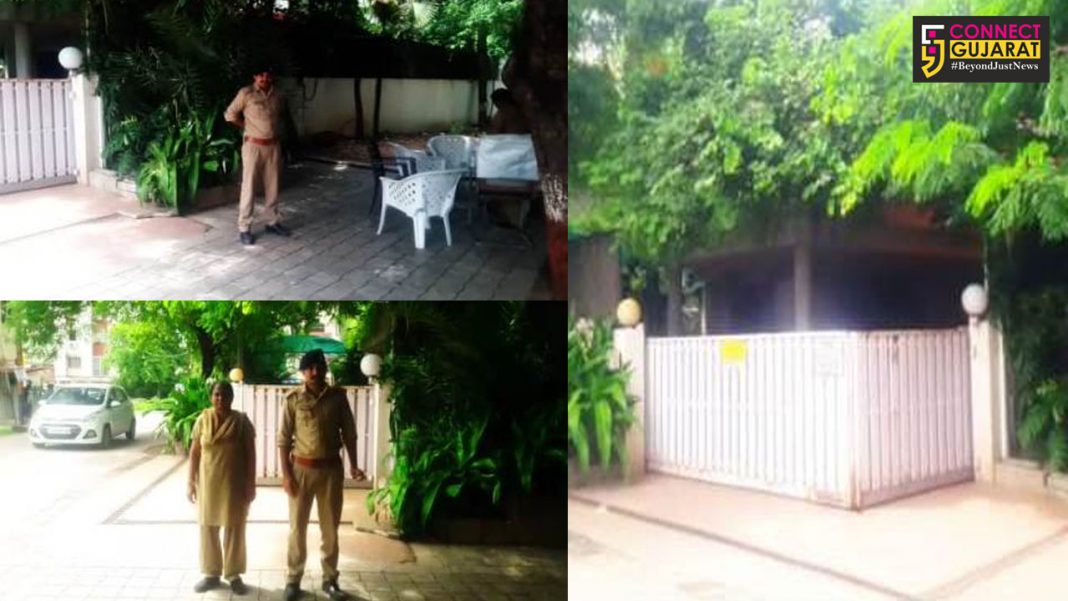 Industrialist and former FGI president Geeta Goradia selling her bungalow to a Muslim businessman creates much roar among the locals. They accused her for violations of Disturbed Areas Act and raised their objections. On Saturday police protection was given there after a social worker tried to enter inside the premises to make a temple.

Industrialist Geeta Goradia sold her Kesarbaug society bungalow to a Muslim businessman creates a controversy as the locals oppose the decision. They termed it as the violations of Disturbed Areas Act and also approached the collector to intervene.

On Saturday in view of the call given by the locals to install a Lord Hanuman Idol inside the bungalow compound alert the police department. Strict police bandobast was kept there in view of the call and as per sources they detained the social worker as soon as he arrived there.