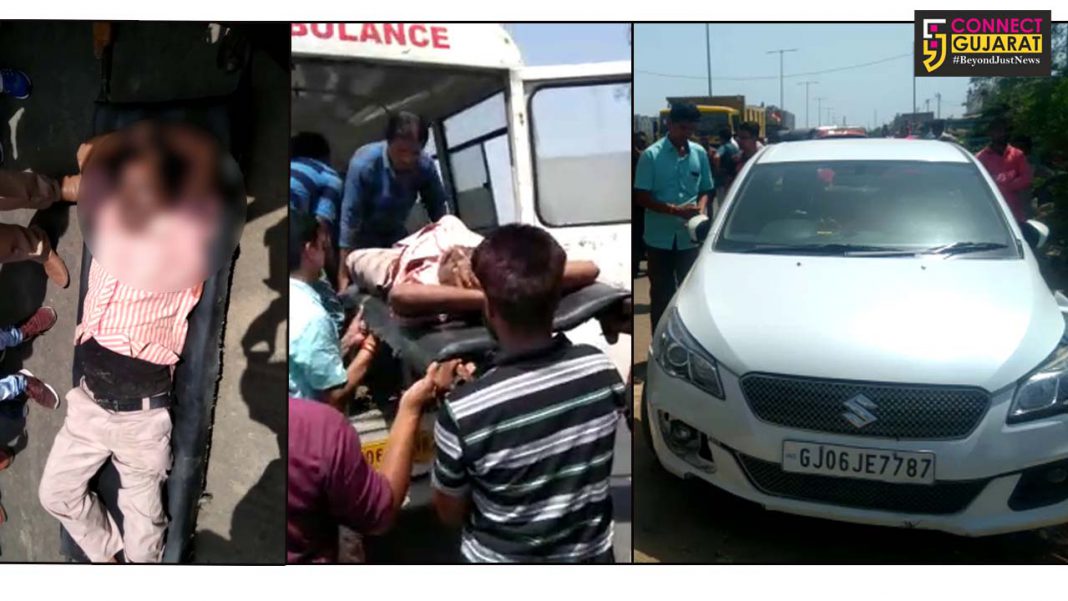 Brother in law point on the murder angle

Police found a dead body in suspicious state inside a car in Vadodara on Wednesday afternoon. His brother in law point on the murder angle as the four lakhs kept with him is missing from the car. Police is further investigating in the matter.

As per details Dalchand Khatik residing in Vaikunth 2 at Khodiyarnagar crossing was found dead inside his car parked in front of Vuda housing. He was into transport business and as per details carries four lakhs with him. However the police didn’t found any cash from inside the car and his body was found from the back seat in suspicious state.

His brother in law Devilal put allegations and said Dalchand Khatik carries 4 lakhs with him which is missing from the car. He point on someone killed him and put his body inside the car.

He further said Dalchand sister died in Rajasthan and they all are about to visit there and asked his family to be ready. He said to be back in a hour and going to Karelibaug for some work. However he fails to return and his wife fails to contact him after repeated calls. Later they received the message about his body found from his car by the police.

Harni police said they found the body from the back seat and send it to postmortem. Primary investigation reveals that he died of heart attack and the exact reason will be clear in the postmortem report. Police register accidental death and further investigating in the matter.