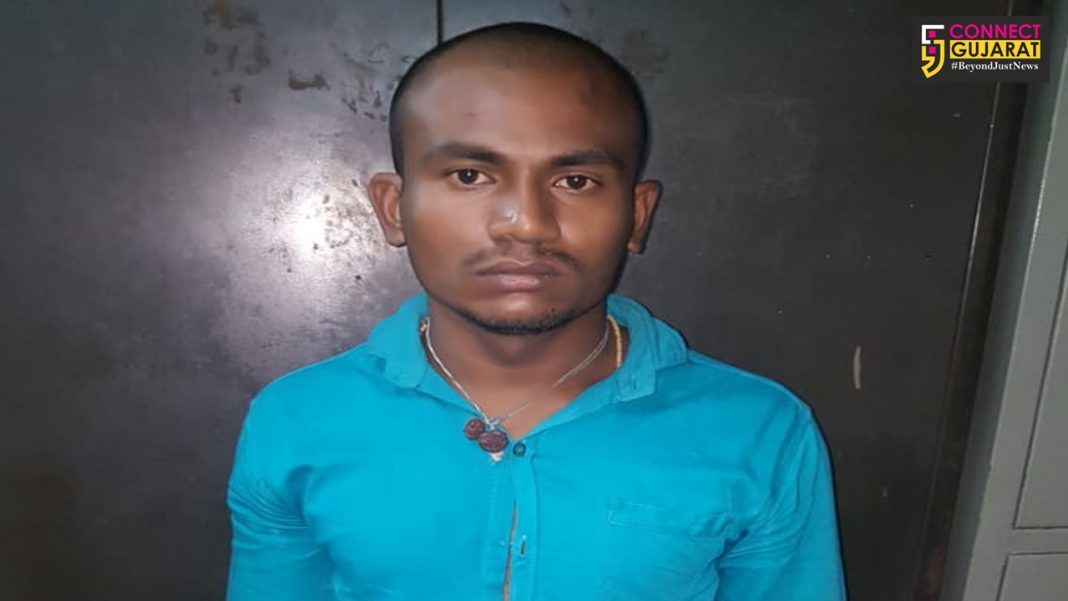 Arrested him in a joint operation after 36 hours of crime

Vadodara crime branch,  PCB and Bapod police D staff in a joint operation caught the double murder accused in 36 hours after commiting the crime.  The accused Priyakant Solanki accused in murdering mother daughter was arrested from a open ground near NH 8 on the outskirts of the city.

Priyakant Solanki killed the mother daughter on the terrace of their house as a fallout of love.  As per the police team he wants to marry the girl but she denied and hence he hatched a plan to kill her about five to seven days ago.

After the crime the accused was on the run and visit different places to avoid being arrested.  However he ran out of money and asked for help from one of his known person. The police teams jointly laid a trap and caught after a chase from near Sardar Estate. The accused is a history sheeter and various cases registered against him in different police stations in the past.