Chief Guest in annual convocation of Navrachana University “In this rapid changing world the popular pole culture is slowly vanishing from the cities and people are getting away from the old traditions. Ahmedabad is one such city still maintaining the culture and we hope the new constructions shall follow the same, ” said Pritzker Prize […] 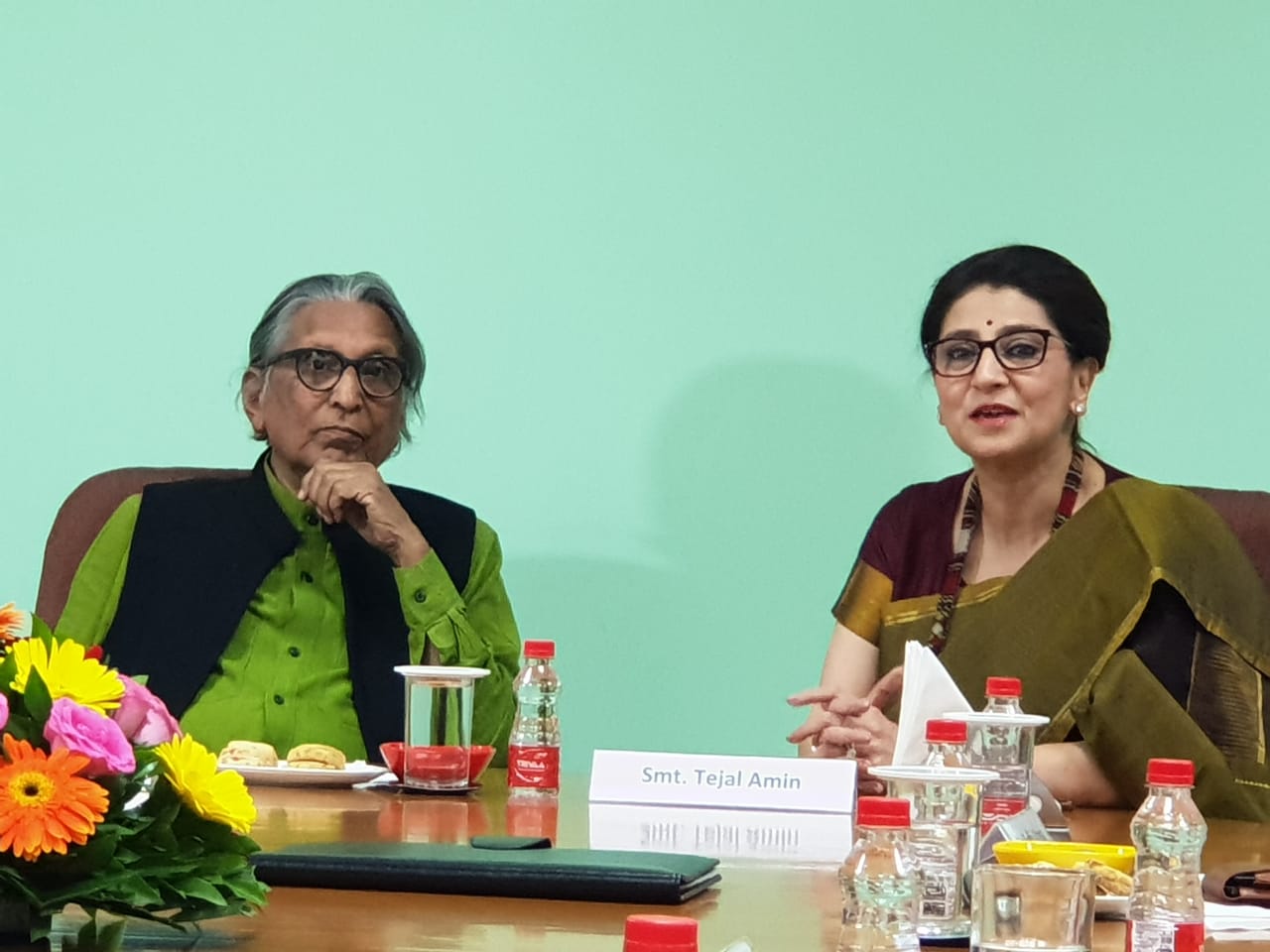 “In this rapid changing world the popular pole culture is slowly vanishing from the cities and people are getting away from the old traditions. Ahmedabad is one such city still maintaining the culture and we hope the new constructions shall follow the same, ” said Pritzker Prize Laureate Dr. Balkrishna Doshi. He is in Vadodara to attend the Navrachana University’s 6th Convocation ceremony.

Dr. Balkrishna Doshi is foremost among modern Indian architects and has to his credit outstanding projects ranging from dozens of townships and several educational campuses, which include those for CEPT University, Ahmedabad, NIFT, New Delhi and IIM, Bangalore.

He said the modern structures lack the environment as the designs are changed and also the population is decreasing. “Ahmedabad is still the city maintaining the old traditions of pole culture where people lives closely and support each other in good or bad times. The old design are still strong and the management like water harvesting and good ventilation in summer is still to find in the new constructions,” said Doshi.

He said the city must have such a design which can unite people and the culture. “The old cities maintains the traditions and religions at one place as we find temples, mosques and schools all inside. But in new structures there is everything but not the traditions. There are lots of cities in the world and India still having the same culture and the builders must take this thing in notice while making new structures. In India Varanasi still continues to give a sacred feeling whenever we visit there. The point is that the culture is slowly vanishing from the cities and we must effort to save it,” said Doshi.

Finally he said the future of architecture will be in people’s hand they have to decide it. We have to be ambitious and visionary in the ideas and planning.

The 6th Convocation of Navrachana University held on December 8, 2018, where 535 students will receive their Bachelor’s Degrees. 17 students, 11 of whom are girls, topped their respective areas of specialization and will receive Gold Medals for the same.

Amongst the successful students, 194 specialized in Engineering and Information Technology, 115 in Management Studies, 21 in Computer Applications, 90 in Sciences, 11 in Commerce, 17 in Social Work, 45 in Education, and 63 in Architecture and Interior Design. While some of them have secured admission for further studies in prestigious institutions abroad as well as in other parts of India, a number of them have been placed in several corporations in Vadodara and elsewhere. Most of them are attending the Convocation ceremony along with their parents and family.

The Commencement Address was given by Padma Shri Balkrishna Doshi, Pritzker Prize Laureate, who is a fellow of Royal Institute of British Architects and Fellow of Indian Institute of Architects.