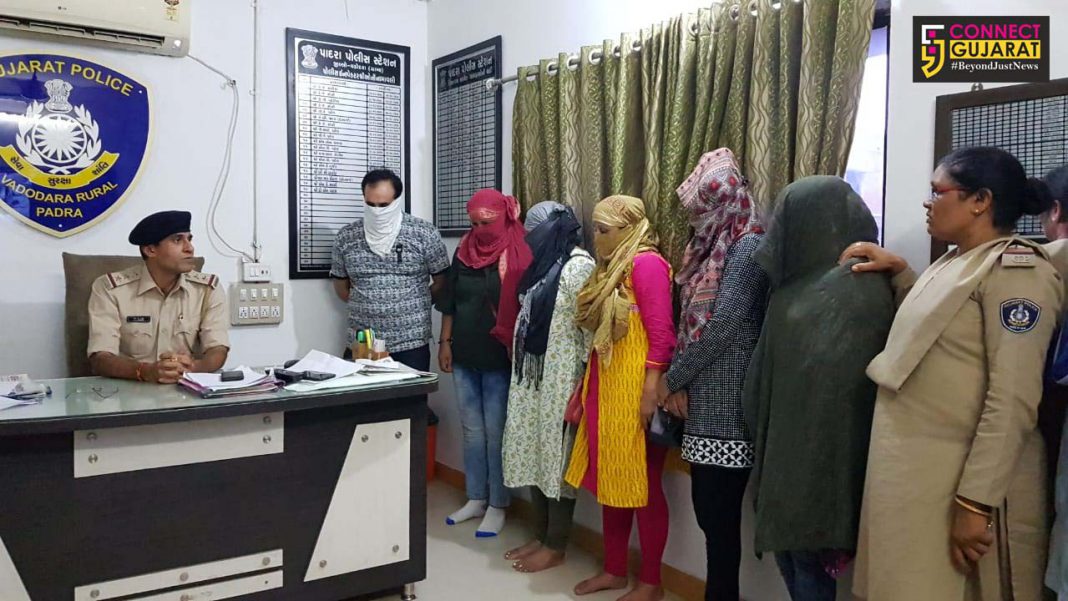 Threaten him to frame in case and demand money

Padra police arrested a gang of women for threatening to frame the owner of Revaji farm in molestation case and demand money from him. Police caught six members of the gang and further investigating in the matter.

As per available details brother in law of the owner of farmhouse brought a girl to his farmhouse sometime ago. At that time four other members of the gang and one male friend reached there and threaten him to frame in rape case. They demand 10lakhs from him but the owner denied of having the money and the accused made him sign 5 lakhs cheque. They also threaten him on phone to get the money.

Primary investigation by the police revealed that the gang target the intrested persons and caught before they frame the farmhouse owner. Padra live is further investigating about any other victims and the amount they forcefully taken from them.