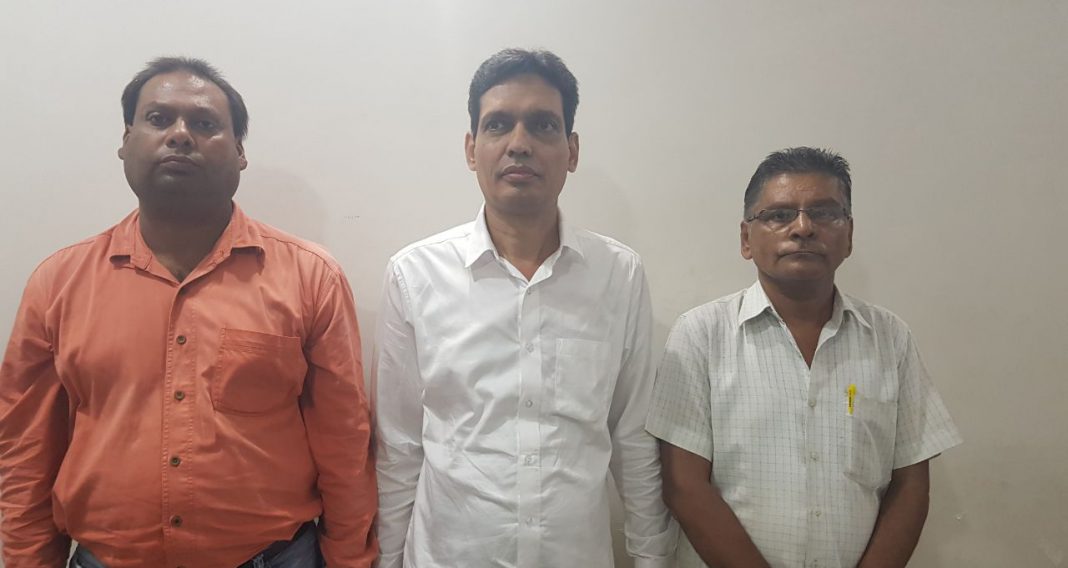 13 matters registered against him

Notorious land mafia Yusuf Shaikh better known as Yusuf Kadia was arrested by Vadodara SOG police along with his three associates. About 13 matters related to land is registered against him in the last 7 years. Police took out his procession in the city to remove the fear from the minds of the people.

Ashwinbhai Patel residing in B 21 Ashirwad society Old Padra road gives a complaint to the police commissioner on 25th May 2018 where he accused Yusuf Shaikh and his associates for forging documents of his land at Kalali village. In his complaint he mentioned that based on earlier date 100rs stamp paper the accused forged the documents and duplicate his signature and thumb impression of his mother and cheat him.

The SOG PI H.M. Chauhan investigate further after the complaint and found the documents were of earlier dates and the signatures are also forged by the accused. Based on that the police booked and registered case under section 406, 420, 465, 467, 468, 472, 114 and 120 (B) and arrested
Yusuf Shaikh alias Yusuf Kadia, Vilasrao Deshpande and Iliyas Shaikh and further investigating.

Yusuf Shaikh better known as Yusuf Kadia is notorious land grabber and various complaints registered against him in the past. From 2010 to 2011 complaints were registered against him in various police stations in Vadodara city and rural, CID crime Gandhinagar Zone 1 police station. To avoid arrest he surrendered before the court in 2015 and later released on bail on 2016 after arrest.

His Modus Operandi of the accused is prepare forge documents of back dates and then raise objections during public notice for title clear. Then they approached the civil court submit their case and then settle the matter with the land owners collecting a pre deciding amount from them.

The cases registered from 2010 to 2011 against him also saw the same MO where he made bogus documents and forged signatures of the land owners. He became active once again after releasing on bail and the SOG arrested him after the complaint and further investigating.

The SOG team also requested the general public to come forward in case they were cheated by the accused. They also took out the procession of Yusuf Kadia and the other two to remove fear from the minds of the people.