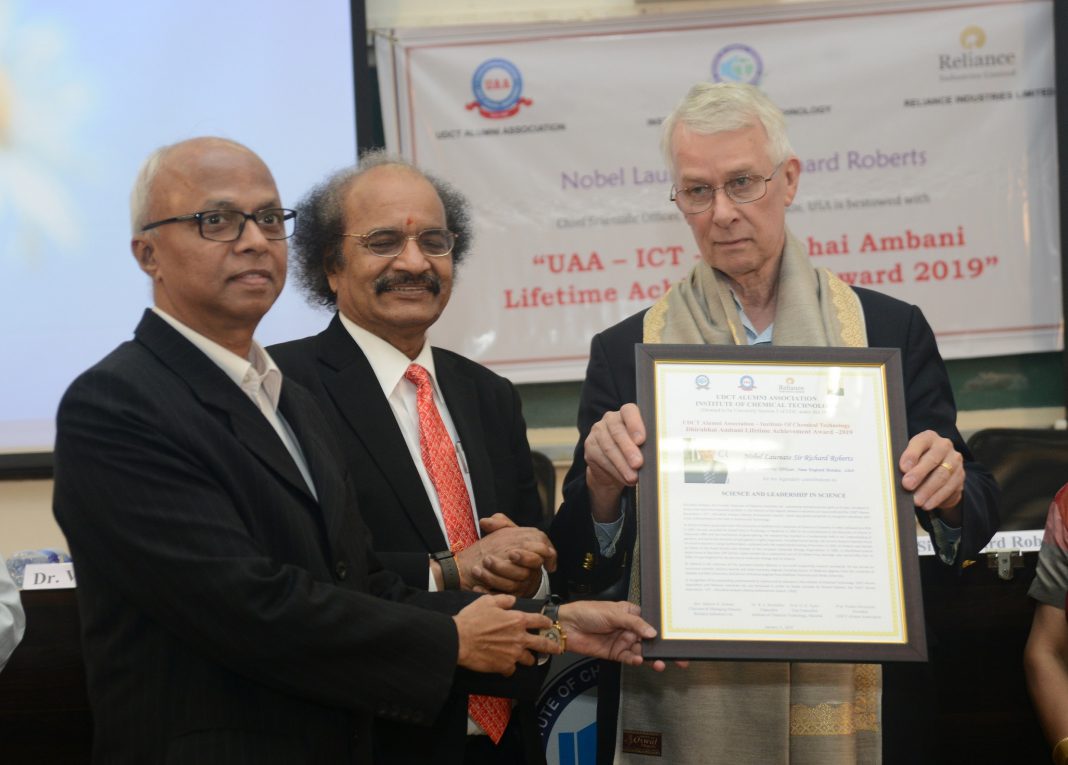 The Award was instituted by the Reliance Industries Ltd. in the name of its Founder Chairman Dhirubhai H Ambani. He dared to dream and made impossible possible. In the memory of this legend, Reliance Industries Ltd. have instituted the UDCT Alumni Association (UAA) – Dhirubhai Ambani Lifetime Achievement Award. It uses global yardsticks to recognize individuals with iconic achievements in the field of Science and Technology.

Sir Roberts has served as Consultant and Chairman of the Scientific Advisory Board at New England Biolabs since 1974. He joined NEB as Chief Scientific Officer in 1992. Sir Roberts was awarded the Nobel Prize in Physiology or Medicine in 1993 for his contribution to the discovery of introns in eukaryotic DNA and the mechanism of gene-splicing.

His current research interests focus on enzyme discovery using bioinformatics, combined with the experimental testing of function. His main responsibilities at NEB are to guide research and set the scientific goals for the company. Rich often gives lectures and presentations worldwide and investigates potential opportunities for both scientific and commercial collaborations.