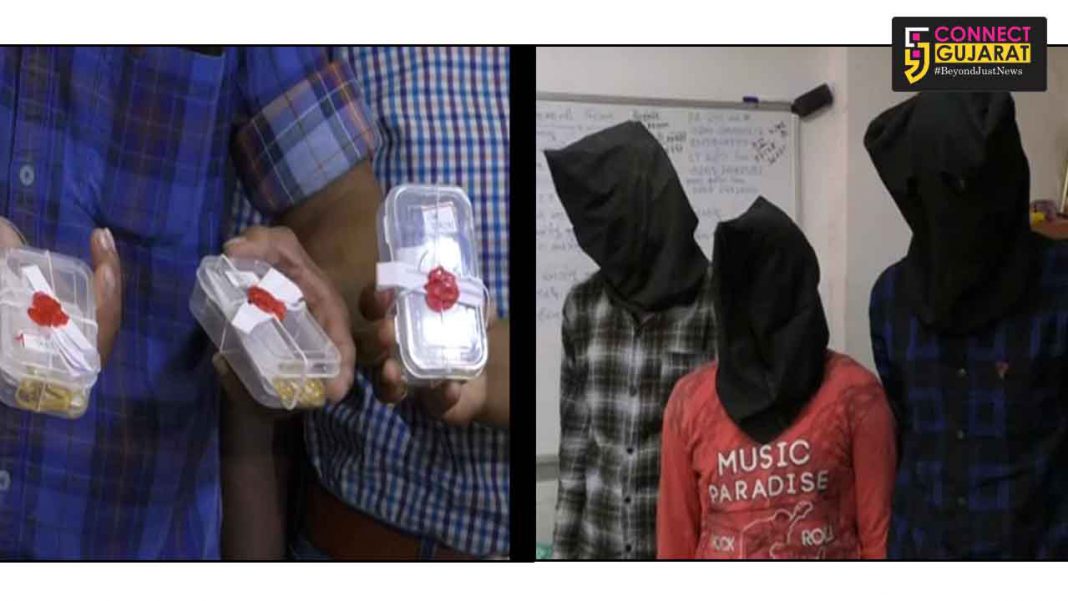 The newly formed anti chain snatching squad busted the gang of chain snatchers involved in recent incidents in Vadodara. Police arrested three in the matter and further investigate. It is mentioned that PSI Sanjay Jadeja busted the gang before he commit suicide.

The gang involved in chain snatching spree at Waghodia, Harni and Ajwa road areas recently where they snatched the chain of a lady riding pillion on a bike. The lady later died after fell down from the bike.

After the ill fated incident city police commissioner Anupam Singh Gahlaut give directions to make a chain snatching squad heading by late PSI Sanjay Jadeja. The squad began investigation in the matter after getting the cctv footage of the area and other details.

During investigation the squad intercepted Sunil Parmar, Vijendra Singh Sikligar and Paresh Vaghela passing suspiciously on motorcycle at Ajwa road. They seized three mobiles, gold chains and motorcycles from them as they don’t replied the questions satisfactorily.

Joint police commissioner Kesrisinh Bhati said PSI Sanjay Jadeja busted the gang after heading the anti chain snatching squad and informed the officials about the same. However before the details he commit suicide.