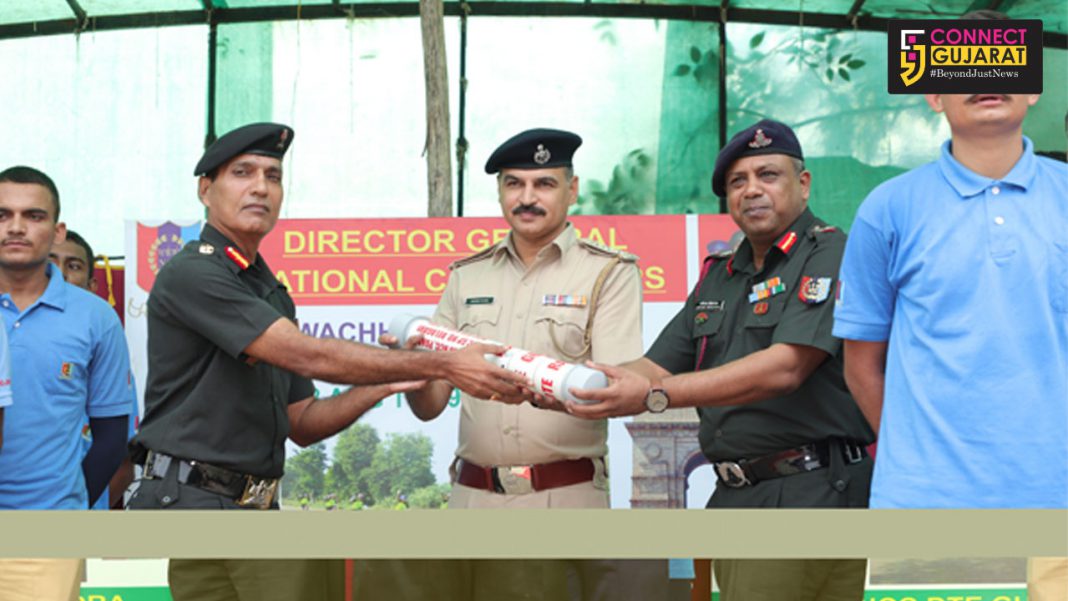 The NCC Pan India cycle rally as part of the Swacchata Pakhwada as part of 150th birth anniversary of Mahatma Gandhi reached Ahmedabad. The rally was flagging in by Colonel Amitabh Srivastava, Group Commander, Ahmedabad NCC Group and ACP (Traffic) Akash Patel. It was attended by more than 150 NCC Cadets and officers.

The Cycle rally is being conducted by all state NCC Directorates as part of the Swacchata Pakhwada leading up to the 150th birth anniversary of Mahatma Gandhi. 20 girls and boys cadets from NCC Group Ahmedabad will be cycling to Samlaji on 10 and 11 Sep 2019 to further handover the baton to Rajasthan NCC Directorate.

During the flagging in ceremony there was a Nukkad Natak performance on the topic of Swacchata and also interaction with other NCC cadets at Law Garden complex. TheThe cycle rally is a relay cycle rally. The aim of the rally is to generate awareness of importance of Swacchata in day to day life of the citizens.

NCC Group Headquarter, Law Garden, Ahmedabad received the baton from the previous cycling team during the flagging in of the cycle rally at Law Garden NCC Complex on 03 Sep 2019.