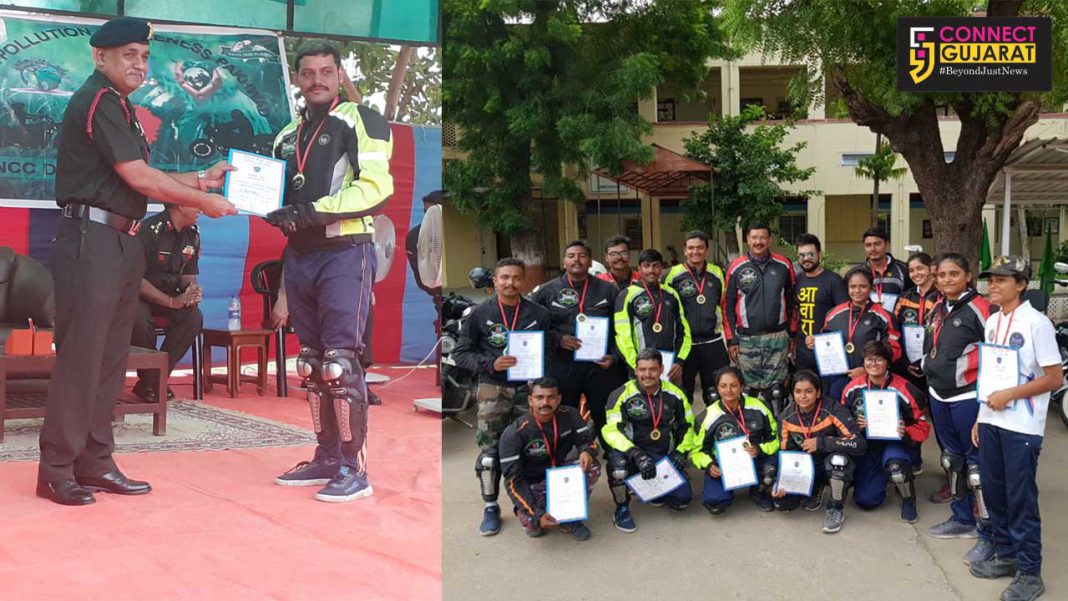 NCC organised ‘Save The Earth’ motorcycle rally reached its final destination on Sunday spreading the message of saving the environment among the people enroute. The rally was organised to celebrate the 150th birth anniversary of Mahatma Gandhi and spread his teachings for a better future.

The rally was flagged off from ‘National Salt Satyagraha Memorial’, Dandi, on 20 Aug 19 with an aim of spreading the awareness on water conservation, tree plantation, anti-pollution and green environment initiatives by carrying out lectures and Nukkad Nataks.