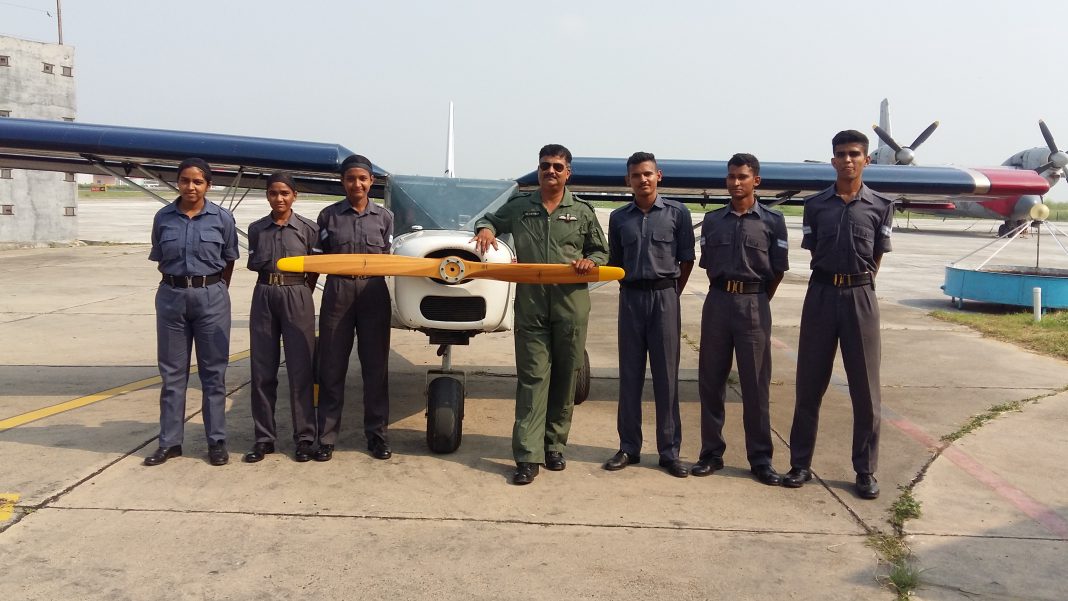 For the first time the IAF and NCC get Austrian made Virus SW 80 (Garud) to train the cadets all across the country. The state of art microlight flying aircraft will benefit the cadets wants to pursue their career in flying. Presently more than 200 cadets are taking part in the specialised flying camp at Vadodara and get exposure on Zen Microlight aircraft.

NCC Directorate Gujarat aims to give purpose oriented training in all fields for development of youth of Gujarat by giving exposure to Army, Air Force and Navy. It is to motivate the youths to choose the defence forces as their career option.  In pursuance of aim, 1 Gujarat Air Squadron under the aegis of Group HQ Baroda is conducting first of its kind, specialized Flying Camp to provide valuable flying exposure to the NCC Cadets on Zen Microlight Flying Aircraft.

A total of 225 cadets of Gujarat Directorate, from all three wings of NCC is participating in the camp. The ten day camp starts on 01 Sept 18 encompasses various aspects of Air NCC training to include aero-modelling and Skeet shooting. Cadets are being given firsthand experience of life in Air Force and exposure to the various Aircrafts, inventory and culture of a warrior air unit.

“The camp at Vadodara gives the exposure to the youths and inculcates a spirit of adventure in them. They are getting training in flying on Zen Microlight flying aircraft. They are also get training in aero modelling, skeet shooting, learn about the mechanism of missiles to get exposure towards a adventurous life,” said Wing Commander H.S. Chauhan Camp Commander and CO of 1 Gujarat Air Aquadron.

Cadets from all Gujarat take part in the camp which includes 100 girls. It’s a national building exercise where they are interacting and meeting each other. “The exposure is important as for us each cadet is ambassador for 100 students and it’s important to inculcate the qualities of good and law embedding citizens of the country,” said Colonel Kuldeep Saigal Group Commander NCC Baroda.