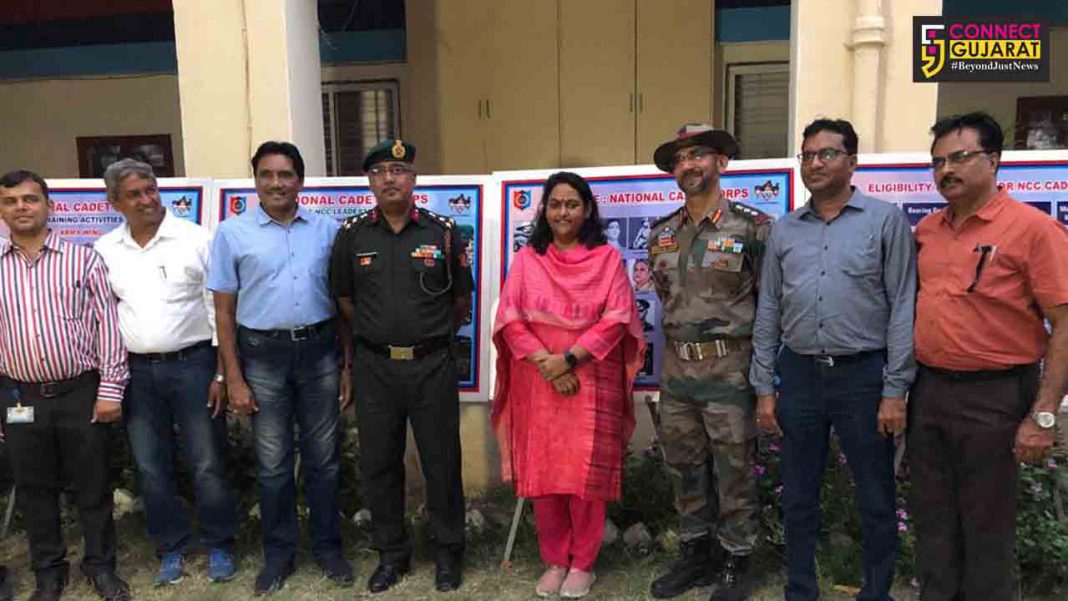 Starting the initiative Colonel Singh asked the NCC cadets of 30 Institutions of 1 Gujarat Girls Bn NCC not to dump this daily gathered plastic waste and rather segregate and collect it in a container or bag in the house for 10 days. Then bring it to school/college on any predetermined place and day. This plastic waste then will get accumulated in huge quantity and it will be easy for recycling.

The cadets started the campaign with full enthusiasm and also motivated other students to join. After a span of 10 days they brought the plastic waste collected at their houses to the Institute. All ANOs supervised the campaign very well and got this plastic waste collected at one place. It was thereafter picked up under arrangements of 1 Gujarat Girls Bn NCC and brought to Law Garden. Col Avesh Pal Singh met the Ahmedabad Mayor and coordinated its further disposal for recycling.

Bijal Patel addressed the cadets and complimented them for undertaking such an initiative to protect our environment. Brig RK Singh, also applauded the cadets for their great efforts.