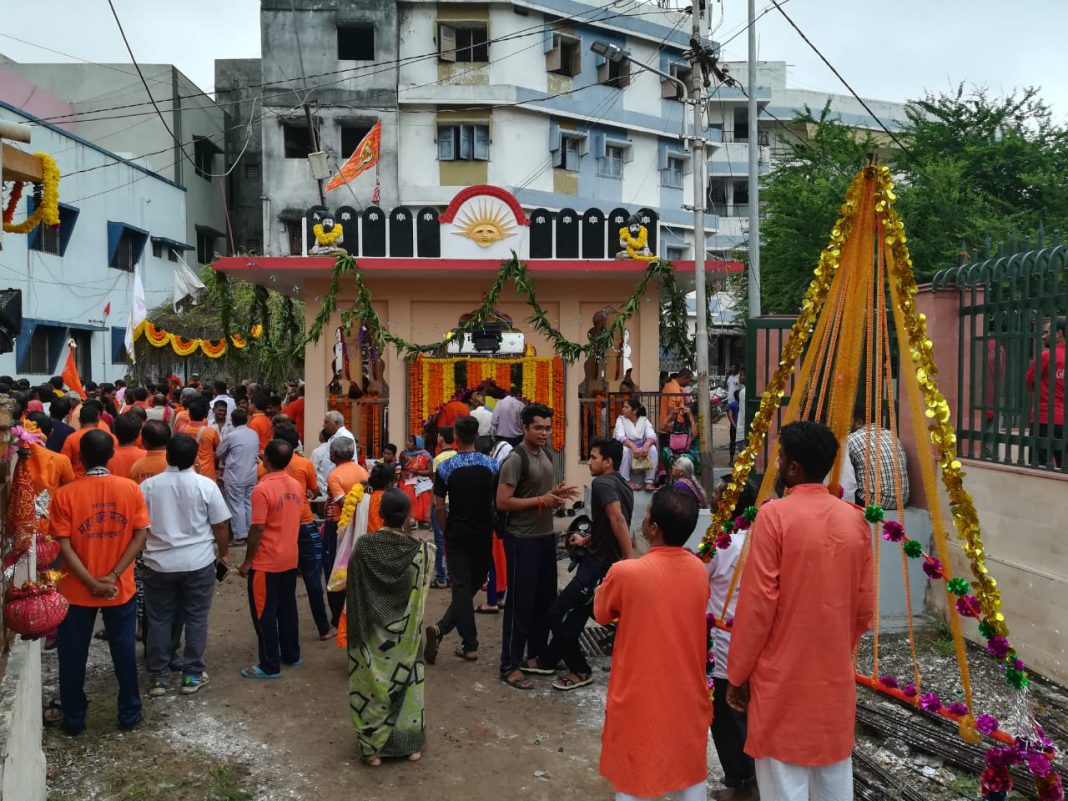 Shivaling made from 1.25lakhs Rudrakshas main attraction in yatra

Celebrating their 5th year Navnath Kavad Yatra Samiti takes out the Navnath Mahadev Kavad Yatra in Vadodara on the last Monday of auspicious Shravan month. The main attraction this year is the Shivaling made from 1.25lakh Rudraksh moving along with the yatra.

Every year the samiti takes out the Navnath Mahadev Kavad Yatra with great fervor in the city joined by thousands of Shivbhakts. The yatra visits every Shiva temple situated in and outside the city and offers the holy water to the Lord that the Kavads carried along with them.

This year also the samiti takes out the Kavad Yatra with great fervor and the city becomes Shivmay with the chants of Shiva Stotras and Bhajans.

After reaching the destination a Mahaarti of 101 lamps will be organised by the samiti. This year Shivalinga made from 1.25lakhs Rudrakshas is the main attraction moving along with the yatra.