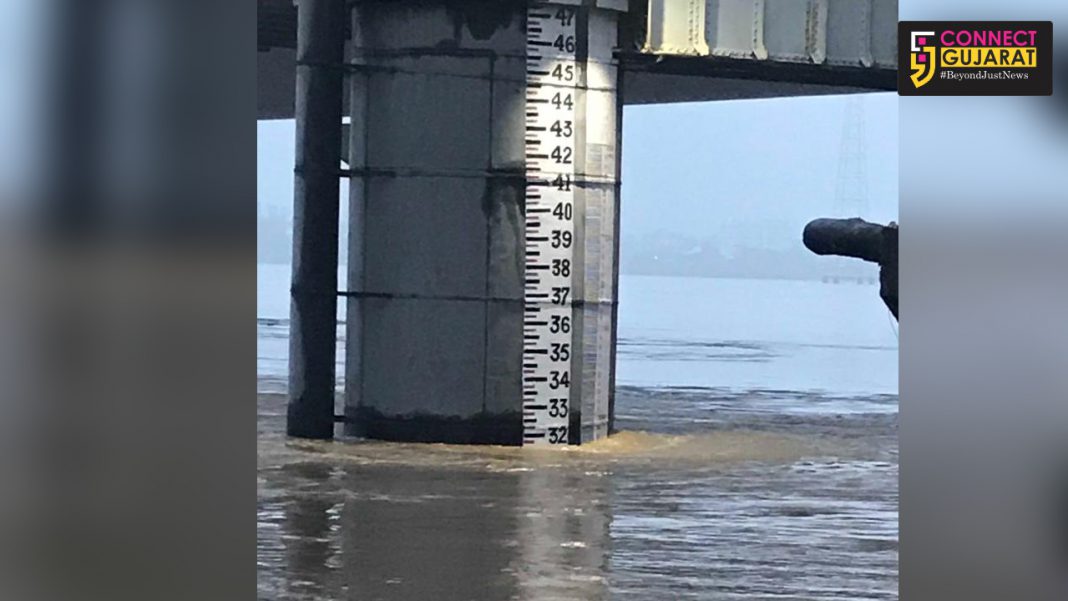 Narmada river near Golden bridge reached 31.50 foot after huge amount of water released from the Narmada dam. The low lying areas situated alongside the river are waterlogged after 23 gates were opened of the dam.

Nearly 2900 and more people are shifted to safer places in Bharuch, Ankleshwar and Jaghadia after the water entered in their houses. On Wednesday morning the level of Narmada river stands at 31.50 and might release as heavy inflow was reported at the dam.