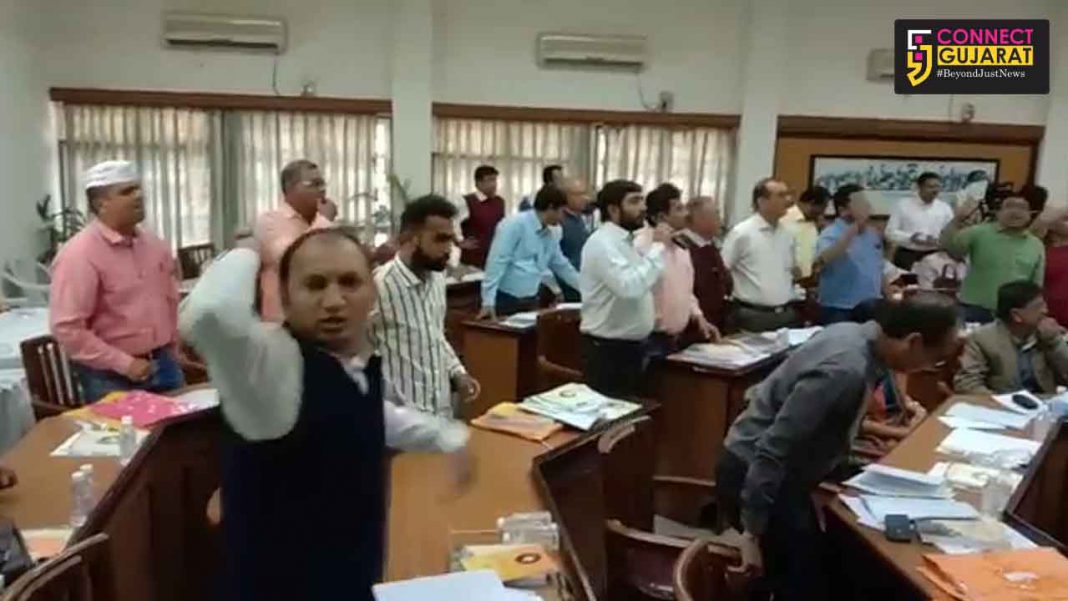 Senate members protest over passed the agendas without discussion

The annual senate meeting of MSU Baroda ends on aggressive protest over passed the 14 agendas without any discussion. The senate members raise protest over the action by the Vice Chancellor and termed it as shameful in the history of the university.

On Tuesday the Senate meeting started with various agendas on cards to be discussed. However soon it turned out to be out of control as the senate members raised protest over some issues and heated arguments were seen inside the hall.

Senate member Narendra Rawat said the meeting was called before the budget and the members demand for discussion on the issues. However the Vice Chancellor doesn’t give attention towards it and passed 14 agendas based on majority. He called the incident shameful in the history of MSU and protest against the proceedings.

University VP Sunny Mishra also demand to raised the issues of students wherein the professors and senate members demand booklets along with the CD created a uproar in the house.

In view of all the aggressive protest and heated arguments forced the VC to pass the agendas and left the meeting. The joint committee members sit on the floor in protest and will represent the Governor in this regard.