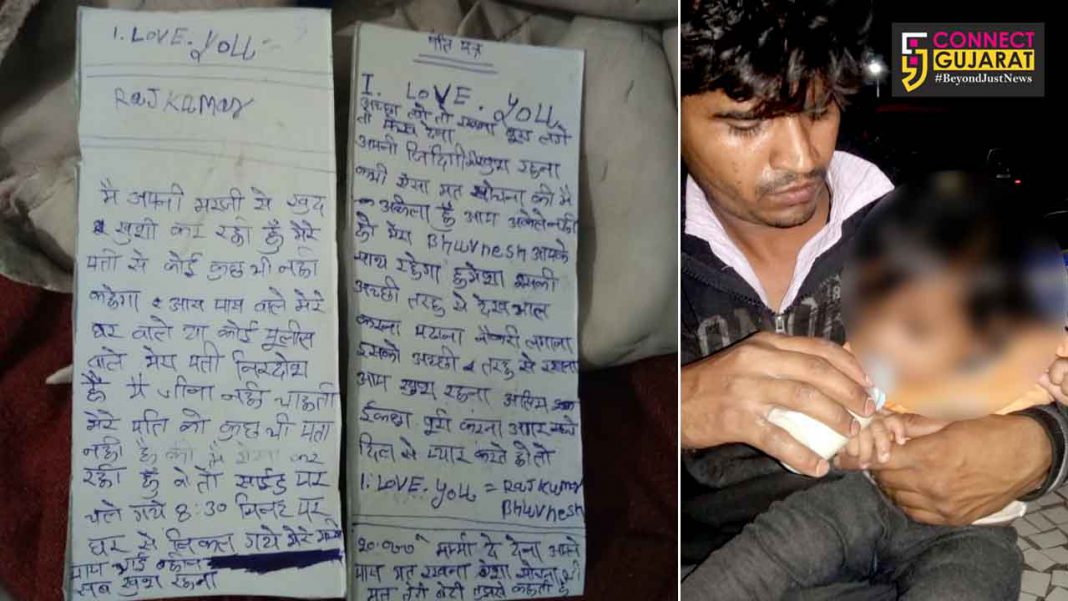 In a shocking incident a mother of six months old infant committed suicide in Vadodara. Her husband forced open the door to find his child crying near the body of her mother. She left a suicide note where she mentioned no one is responsible for the step.

Originally from Rajasthan the couple Rajesh Rajput and Anju married around two years ago and has a six months old child. They lives in the VUDA housing scheme near Maneja with their child. Rajesh works as casual labourer and as per routine went for work in the morning.

The mother and son was alone in the house and for some reason Anju committed suicide just near to her six months innocent son leaving behind a suicide note. She wrote no one is held responsible for the step as she don’t want to live and her husband don’t know nothing about it.

Later in the evening Rajesh came home and knocked at the door but no one responds. His son was crying and with no options left broke the window pane and then door to find his wife hanged from the ceiling of the room.

Shocked Rajesh then informed the Makarpura police and they send the body for postmortem. The team investigates about the possible reason for the extreme step taken by the married woman.