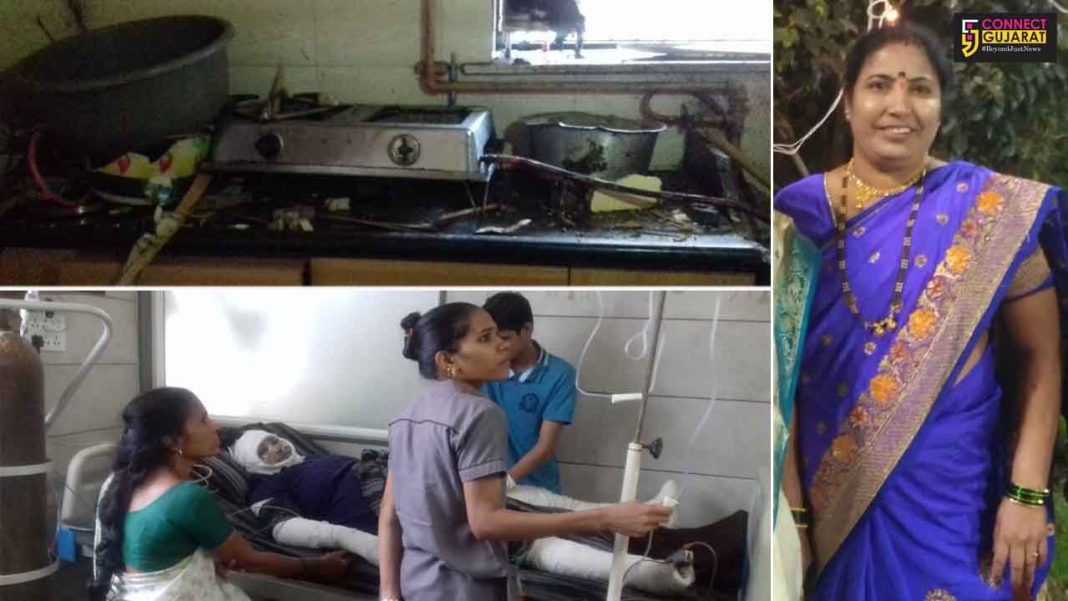 Mother daughter injured in Fatehpura area of Vadodara city after the LPG gasline blast inside their house. However brother sister duo had a miraculous escape in the incident happened early morning in Lokmanya society.

As per the details Subhash Shelar and his daughter were sleeping in the sitting room of their house no.1 at Lokmanya society. His wife Shubhangini 51 put boiling water vessel on gas and reading newspaper in the next room to kitchen. In fraction of time the LPG gasline blast and the fire quickly spread to the nearby areas and also engulfed Shubhangini.

Listening the sound the father daughter duo rushed to the spot and shouted for help and doused the flame with the help of mattress. The daughter also received burns trying to save her mother.

Subhash immediately rushed the mother daughter duo to the private hospital at Salatwada in a auto rickshaw. Meanwhile firebrigade also rushed to the spot but the local residents already doused the fire.

Jayshreeben said she might be one of the victim if was at home. As per routine she went out to collect milk pouches and return to see her sister in law and her daughter injured in the gasline blast.

However the residents of the society are shocked about the gasline blast and show their anger after the VMSS gas department employees not reached the spot. Warasiya police registered the case and further investigating in the matter.