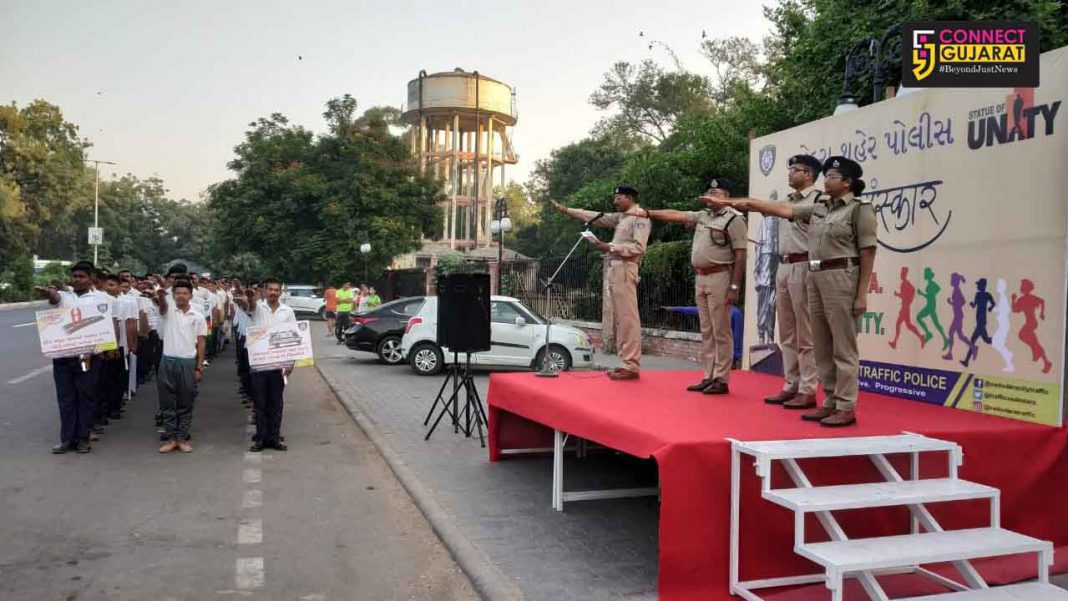 More then 800 participants took part in the event

On the birth anniversary of Sardar Vallabhbhai Patel and mini marathon ‘Run for Unity’ was organised in Vadodara. About 800 participants run with the messages of Sardar Patel beating the early morning chill.  The whole nation in celebrating the birth anniversary of Sardar Patel by organising various motivational programmes. The tallest in the world ‘Statue of Unity’ was also unveiled by Prime Minister Narendra Modi at Kevadiya. In Vadodara a mini marathon was organised by the city police where more than 800 participants took part and spreading the message of Sardar Patel. The marathon was flagged off with a pledge of national unity and passing from various areas of the city. Participants from Vadodara city police, traffic brigade, civil defence, homeguard, NGO, students and citizens took part in the mini marathon and give tribute to the iron man Sardar Vallabhbhai Patel.