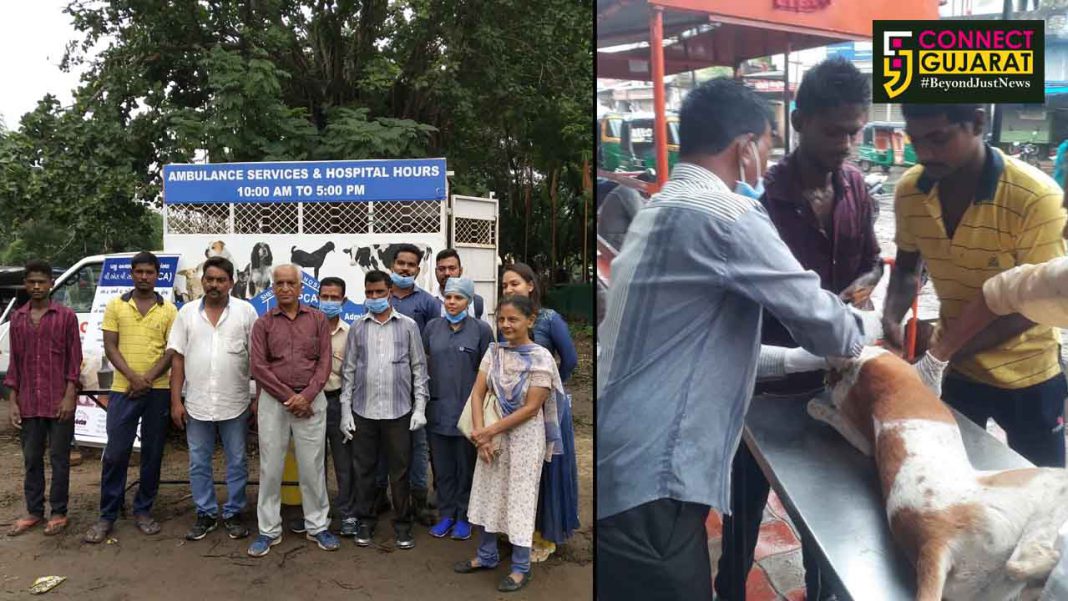 A two-day medical camp has been organised by Vadodara Society for Prevention of Cruelty Against Animals (VSPCA). The camp is for both pets and stay animals affected by the recent floods. The two-day camp started from Thursday.

A dedicated team of Doctors and helpers of VSPCA moved around Manjalpur and Makarpura area of the city. The eight-member team headed by Dr CB Patel set up a temporary mobile OPD where many stray dogs were treated and given necessary medical treatment.

The camp was open to all and officials from VSPCA via social media and other mediums requested citizens to bring their pets for free medical check-up. They also circulated a number where people could inform them of any sick, injured and affected stray animals that require medical attention.

VSPCA for last three decades has been rescuing and treating stray and pet animals at their hospital in Chapad. With laboratory, imaging, OT and OPD facilities the NGO has been delivering care to sick and injured animals.

“The city witnessed a great deal of havoc with rain and water logging and bravely faced it, but our work is not done yet, post water logging is the time for infections to breed amongst both humans and animals. The dedicated team of Doctors and helpers of VSPCA along with temporary mobile OPD treated several stray and pet animals at the camp,” shared Dr Riddhi Mehta, president of VSPCA.

Dr C B Patel, senior veterinary doctor and administrator at VSPCA who headed the camp said, “We treated over 70 stray and pet dogs on the first day of the camp. Dogs were vaccinated, given medication for skin infection and also put on drips those with acute weakness. The response was good and we are hoping to reach out to more people in the coming days.”