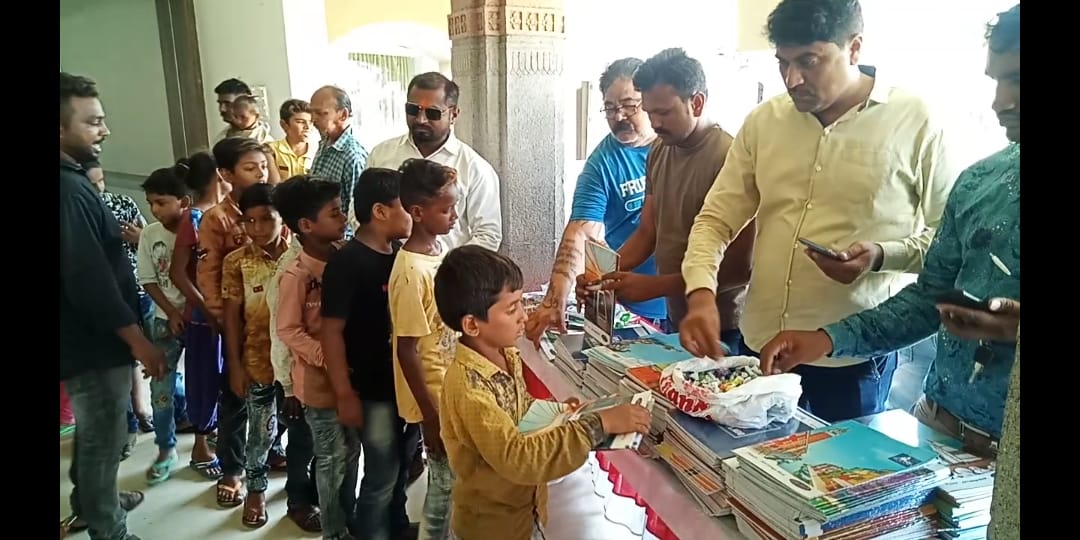 We all have dreams in life and always try our best to fulfill it sooner or later. However there are lots of persons who failed but find out ways to relive it with various means.
One such example is a constable attached with Manjalpur police station Vadodara who always wants to be a sports teacher in his life. However destiny has some other plans and he ends up in joining the police force. However he still live his dreams and on his birthday distributed educational kits to the poor students.
1 of 6
R.S. Galsar is a police constable in Manjalpur police station and every year on 6th June celebrate his birthday with the slum kids to relive his dream to become a teacher in life. He distributed educational kits to the children and celebrate his day with them.
“I came from a poor family and I don’t have proper resources to buy books during my studying days. I always has a dream to be a sports teacher and work hard to complete C.P.Ed. But to my bad luck since then there is no vacancies opened for the C.P.Ed teachers and hence I decide to join the police for e in 2009,” said Galsar.
He further said he would have been a very good sports teacher if his dream becomes fulfilled in time. But it not happened and since then he turned into a one day teacher on his birthday and relive the dream. He now wish to make his son a good sportsman and fulfill his dream.