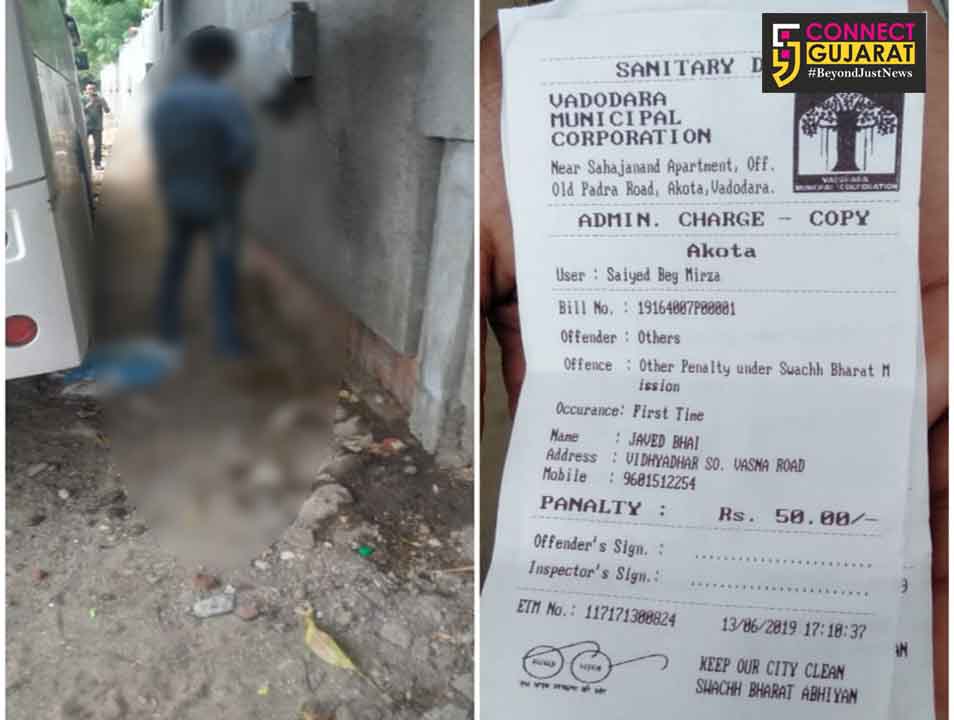 Man fined for public urination, Regulation penalty by VMC  SUB First case in the city after a decision taken by the VMC

Vadodara Municipal Corporation imposed its first fine to a person urinating in public at Vasna road area.  The fine was the result of a decision taken by the corporation recently to fine people litter, threw garbage and spit in open.

In a recent meeting VMC has decided to take strict actions against people who litter, throw waste and spit in public. Acting on the same instructions, the teams diring their checking at Vasna road area, caught a person urinating in public near Vidyadhara society.  The team issued a memo of Rs. 50 to him with a strict warning.

Sanitary team will be formed (which also includes a police jawan) in every ward for the work and they will check the violaters and serve notice to them. The first case came to light from Vasna area and the teams will continue their drive in coming days.