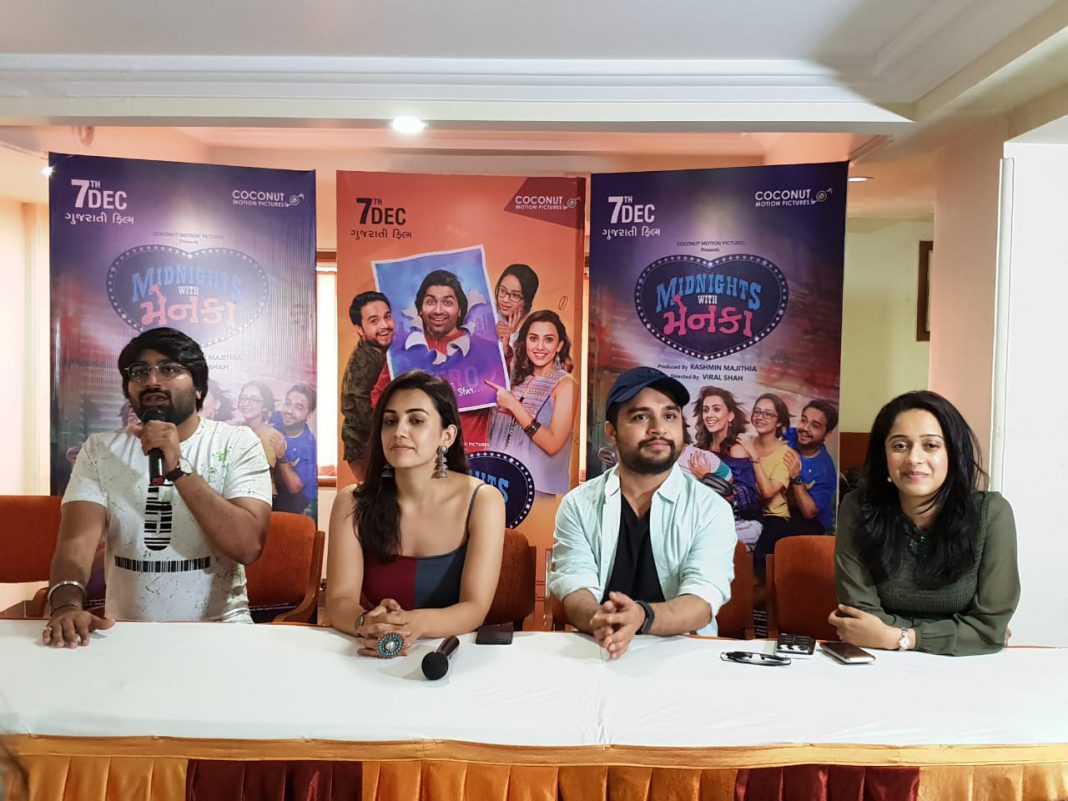 Slated to release on 7th December in 160 screens

Coconut Motion Pictures is ready with one more offering to the Gujarati Film industry with its comedy film ‘Midnights with Menka’, starring Gujarati superstar MalharThakar. The film is slated to release on 7th December and promised the audience to giggle at every scene.

After successful films like ‘Hameer’ and ‘Best Of Luck Laalu’, this time the Coconut Motion Pictures has explored a new subject which is completely fresh. One of its kind and is coined as a ‘fake biopic of a real star’ MalharThakar wiIl be playing the lead along with young and talented star cast of Esha Kansara, Hardik Sangani and Vinita Joshi. Naresh Kanodia is also playing a cameo in the film. 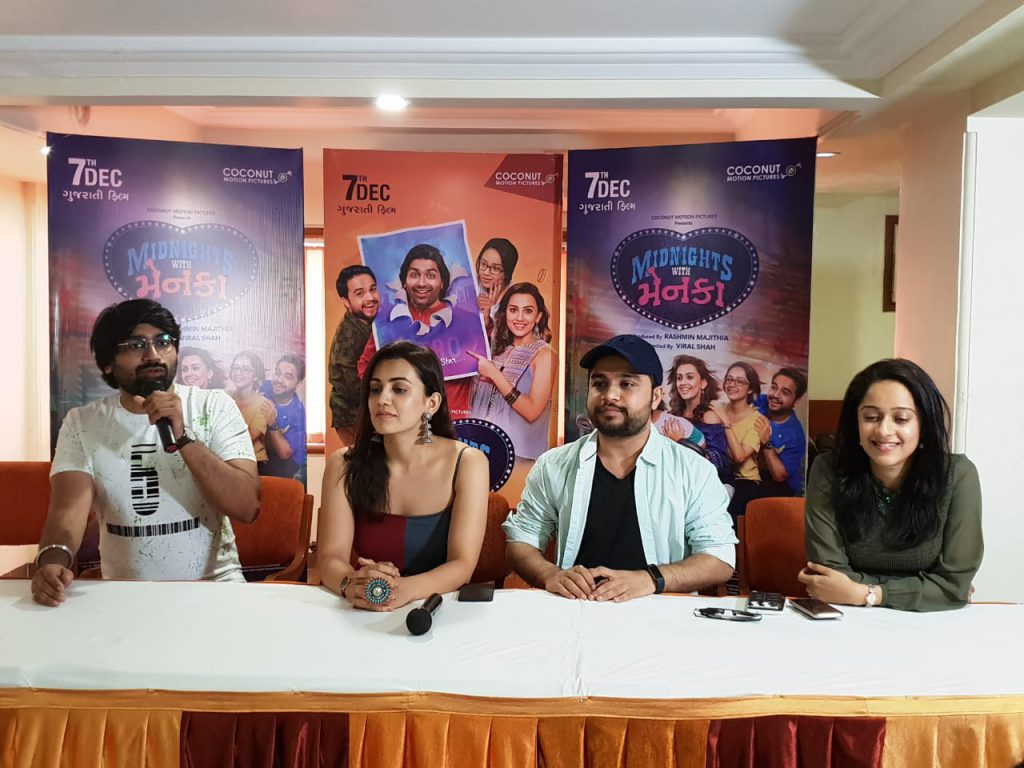 “The film has a fresh appeal and full of entertainment for the fun loving audience. On personal front the film is close to me the screen name is the same and I must say it’s a personal achievement,” said Malhar Thakkar.

The film will take the audience on a  breath taking journey inside the superstar’s life full of comic and thrilling ups and downs. A gripping storyline by Director Viral Shah and tuneful songs like ‘IAm The Superstar’ by Music Director Ambresh Shroff, this new age biography comes with a twist of a star loved by millions and is produced by Rashmin Majithia.

The film will release on 7th December in 160 screens in Gujarat and Mumbai in first phase followed by other cities and overseas. The team is trying to capture the Gujarati audience living in cities like Bangalore and other cities during the phase wise release of the film.

“Working with a young team brings a fresh perspective to the work table and we have always believed in doing newer and greater work in film making. The film’s subject is in itself young, just like the star cast and the director and will attract youngsters to theatres,” said producer Rashmin Majithia.

The film’s shoot was full of pranks, on-set humor, mischief and fun. This enjoyment will reflect on the screen and the actor’s chemistry will make the young and old audience laugh and giggle in every scene.